Last Game
Aaron Harang started for the San Diego Padres against his former club, and I think he was nervous. Harang, who’d had a great spring so far, allowed 7 runs on 7 hits in 3 innings, including home runs to Ryan Hanigan and Chris Heisey. It was a rough outing for him. The Reds continued to score even after Harang left, as if to say, “It’s not just you. Everybody sucks today!” The final score was Reds 15, Padres 5.

Next Game
The Reds host the San Francisco Giants today. Bronson Arroyo will start and will be followed by Edinson Volquez, assuming Volquez makes it back with his work Visa. Game-time is 3:05pm EST.

Reds General Manager Words Versus Deeds
A couple guys formerly from RedReporter have started up their on blog called Base Cloggers with an emphasis on feature writing about the Reds. The most recent post examines Reds GMs starting with the guy from the 90s who assembled the last World Series team.

It takes quotes from the GMs describing their style and their goals and compares it with what they did and how they performed. For instance, Dan O’Brien is quoted as having talked about the slowness of improving the team.

“The analogy I use is it’s like turning an aircraft carrier around. You just don’t turn on a dime.”

He focused on drafting starting pitching, as he promised, picking up Homer Bailey, Travis Wood, and Sam LeCure. But he strayed from his strength and stated focus when he signed Cory Lidle and Eric Milton, which did not end well.

The article is an interesting read. Current GM Walt Jocketty definitely comes off looking good. Of course, it’s easy to look like the best when he’s the first one in a long string of GMs to have a winning team.

What to Say to Sound Smart at the Water Cooler
This is the Reds second season in Goodyear. Last year, they went 12-16-3. 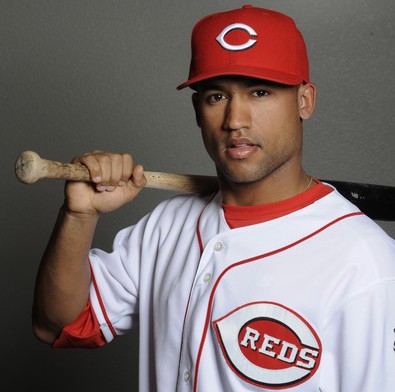