As RHM detailed in the game wrap for game 91 for the Cincinnati Reds, Mat Latos and the Reds did not do well.

It was Jay Bruce bobblehead night, which our son really wanted, so we headed out after work. Hearing the gates had opened early because of the thunderstorm that passed through made us a little nervous that they might run out since we were still an hour away, but we shouldn’t have. This giveaway was not nearly enough of a draw to make that happen. 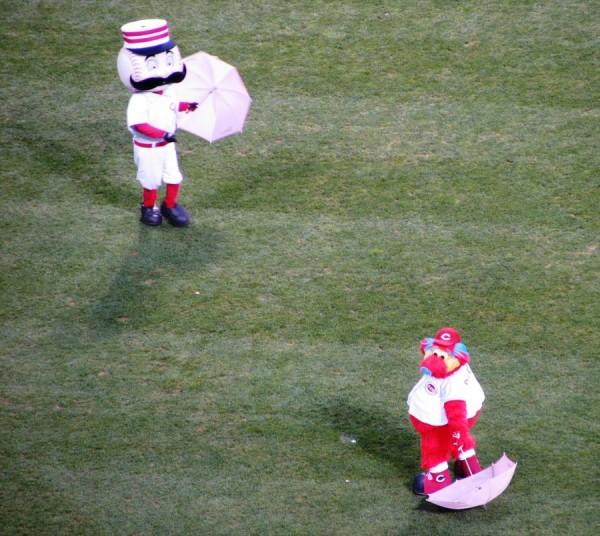 Mr. Redlegs and Gapper played with umbrellas before the beginning of the game. 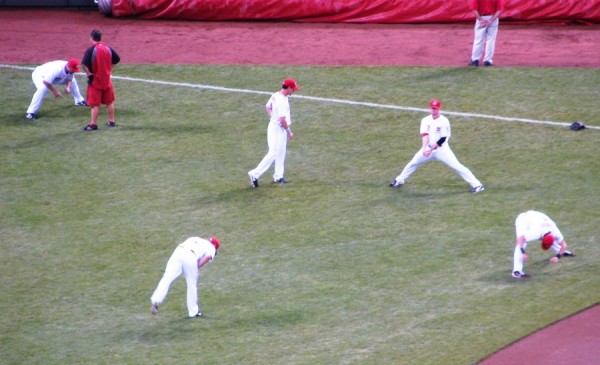 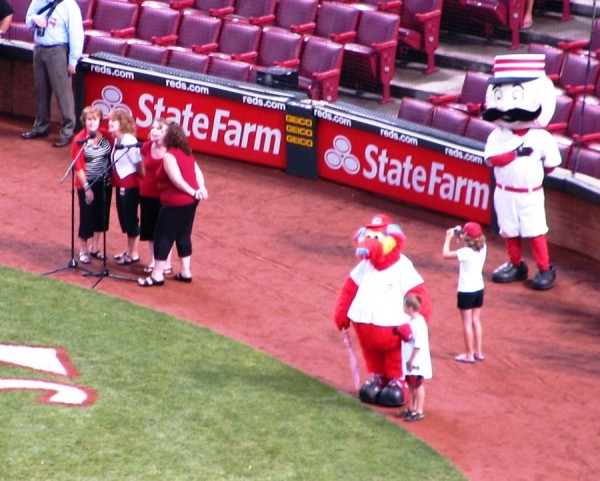 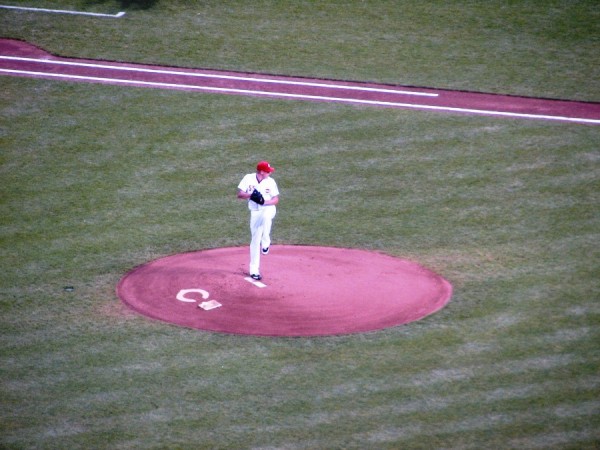 Mat Latos’ first pitch. Unfortunately, it was all downhill from here. 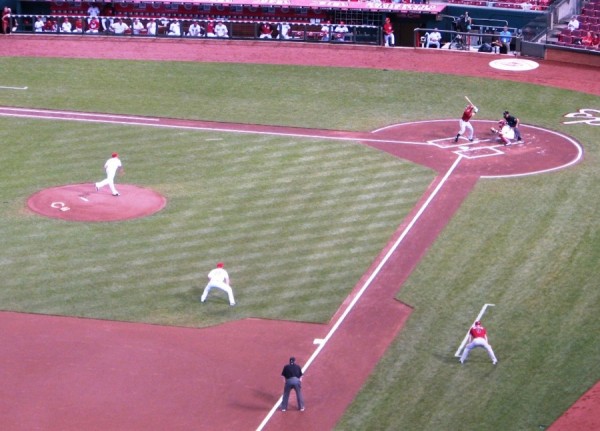 The players are so tiny from the view level. 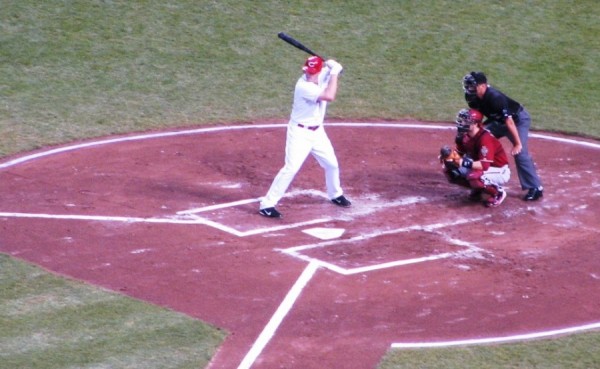 The power of Jay Bruce’s own bobblehead did not compel him. 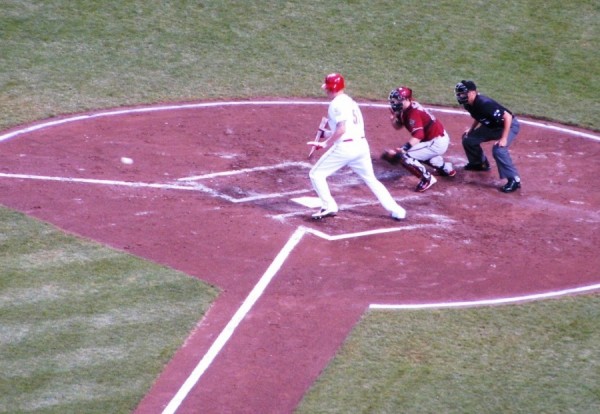 Mat Latos and his horrible bunt that let the Diamondbacks throw out the lead runner at third base. 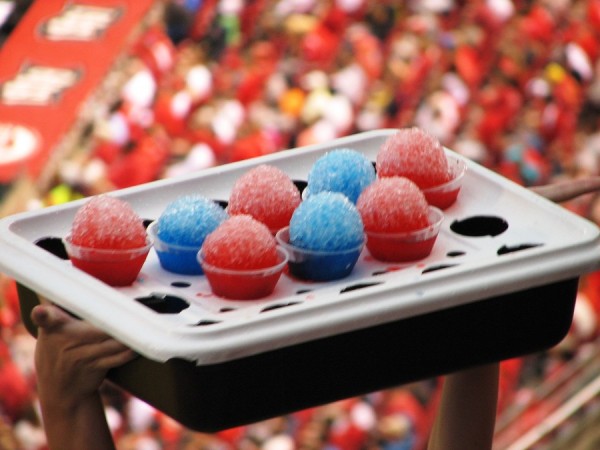 The only bright spot in the game: red and blue snowcones. 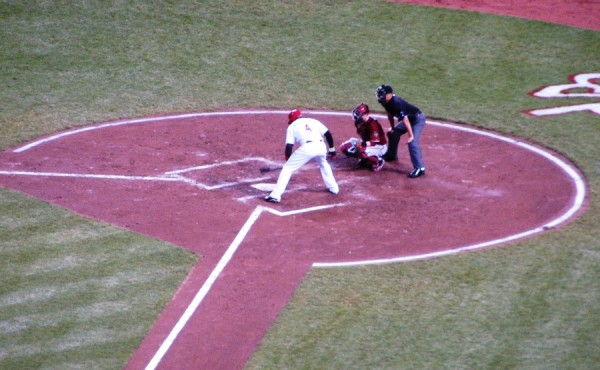 Brandon Phillips goes through his motions to ready himself for the pitch. 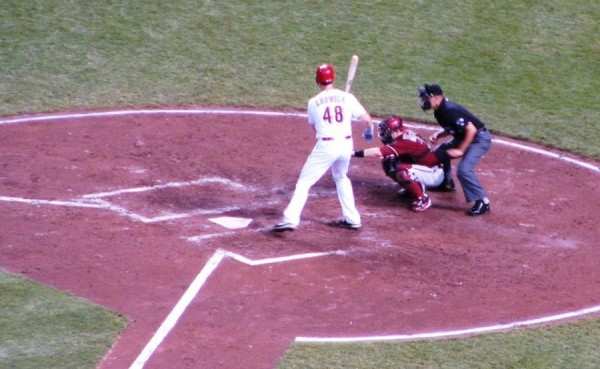 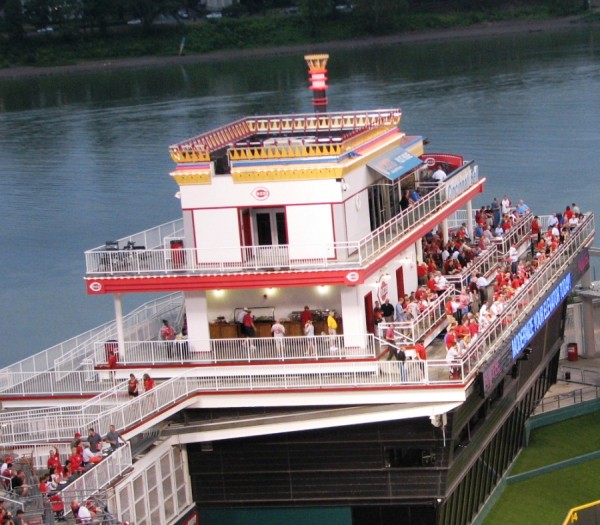 Should you ever get the chance, take in a game from the faux boat in center field. It’s a great view. 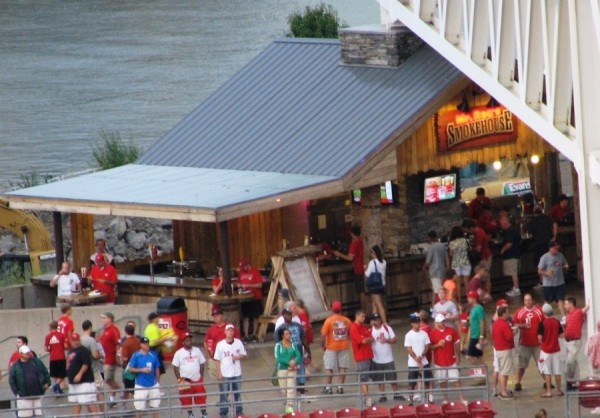 I like the smokehouse, but the special food item for the Diamondbacks’ series was lame: chicken. Actual snake would’ve been interesting.

Posted in Cincinnati Reds, NL Central.
Comments Off on Pictures from game 91