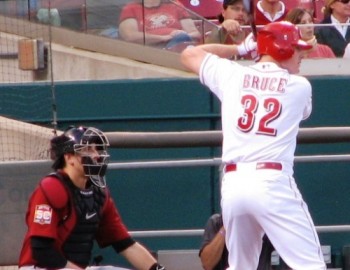 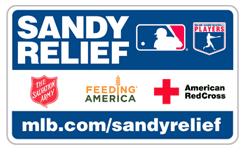 You don’t have to come up with that much, but if just 10 of you baseball fans donate $100,000 apiece, you’ll match that amount!

They’re not turning away smaller donations either. You can see MLB’s website about hurricane relief and get links to the organization they’re supporting.

Posted in Random Ramblings.
Comments Off on Join MLB in helping Sandy victims

For two seasons now, Major League Baseball has been running this Fan Cave concept where a few big fans have to move in to their facility in New York where they are required to watch every major league baseball game. They’re also required to share their thoughts and feelings about the games through blog posts and social media. Occasionally, Bronson Arroyo shows up to sing about outerwear.

It sounds like some progressive type of therapy or possibly a persuasion technique dreamed up by Dick Cheney, but it’s actually a job that you have to apply for. You can apply now on MLB.com. Even if you’re shy, you probably don’t really need to worry. Speaking for myself, at least, I’ve seen a couple good things come out of the Fan Cave but none of them involved any actual Fan Cave residents.

The application requires your general demographic information, a short essay, a few writing samples, and a resume. Oh, and a photo. They don’t want people who look like they actually live in a cave.