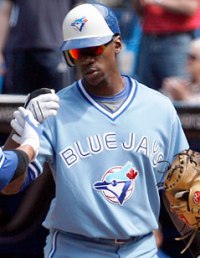 A busy January continued for the Reds on Monday as they checked another item off the wish list by signing outfielder Fred Lewis to a one-year contract worth $900,000.

“We felt we had more upside with Lewis, both with his age and in having control over him for a longer period of time,” Jocketty said. “We liked his all-around game. We think he’ll fit in well with our club. He feels he’s capable of stealing more bases than he did. I’m anxious to see what he can do. He’ll be a fun guy to watch.”