Yanks Should Get a Warranty on the Championship they’re Buying

The Yankees have landed Mark Teixiera, according to ESPN:

The New York Yankees swooped in Tuesday and hooked prized free agent Mark Teixeira, reaching agreement with the first baseman on an eight-year contract worth $180 million, three sources involved in the negotiations said.

The agreement, which is subject to a physical, includes a signing bonus of about $5 million paid out over the first three years of the contract, no opt-out clause and a complete no-trade provision, the sources said.

It’s nice that the Yankees have some shiny new players to go in their new stadium, and it would almost be nice to see the effort to buy a winning team work. Can’t help but notice that it hasn’t worked for quite a while, though.

Posted in Random Ramblings.
Comments Off on Yanks Should Get a Warranty on the Championship they’re Buying 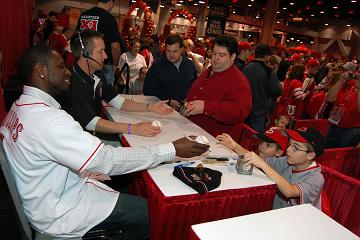 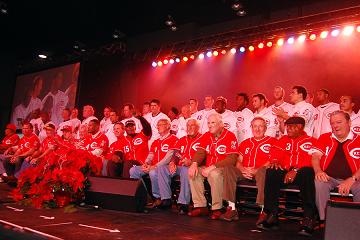 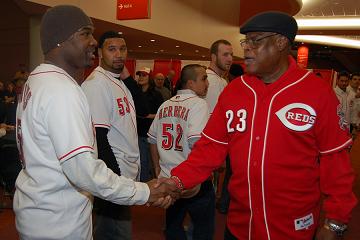 Mario & Sonic at the Olympic Games: The Game that Fun Forgot

I’ve signed up for two weeks off work this holiday season, but I other than a visit to see Bellyscratcher this weekend, I don’t really have any plans. So it seems like I ought to be able to pull off at least a post a day for the next couple weeks. And yet, before I can turn my brain to baseball matters, I’ve got to clear out some of this holiday junk that’s cluttering things up.

Mario & Sonic at the Olympic Games for Wii is a game we got last year for Christmas, and this year it’s a game we’ll be selling for credit at the game store. The premise is that the giants of Nintendo and Sega gaming are together at last to face off in Olympic events. And total props for the list of characters: it’s about damn time I’ve been able to play something as Dr. Eggman.

Trying to put into words why this game is so boring throws me into an existential quandary. Every Wii game is played by pushing buttons and waving your hands around in a more-or-less meaningless way. In this game, though, it actually feels like that’s what you’re doing. The controls are frustrating to use and frequently don’t actually mirror the real event. Unless the trampoline event really does require you to press A-A-B-A in rapid succession and I’ve just never heard about it.

Also, unlike Wii Sports, which has games like baseball that you’d actually play with your friends, Sonic and Mario at the Olympics has events that in real life require years of hard work and sacrifice that people put in for the accomplishment rather than the fun. Maybe the world would be a better place if teenagers played cosmic 40 yd dash or stopped hanging out at the IHOP to run some hurdles, but it just isn’t the way of things.

May Walt Jocketty bring us all something wonderful for our stocking. I recommend left-handed power hitters.

Posted in Random Ramblings.
Comments Off on Merry Last Friday Before Christmas!

Remember when the Reds opened their new park in 2003? They chose what seemed like the perfect sponsor to grace it’s name, too: Great American Insurance Company. Well, maybe not anymore.

Apparently, there was an office fire in Texas that killed 3 people. The company had insurance through Great American. When it came time to pay the claim, Great American went to court, reportedly claiming “smoke that killed three people was “pollution” and surviving families shouldn’t be compensated for their losses since the deaths were not caused directly by the actual flames.”

Wow. The trial is still pending, but it will make me have less favorable impressions when next I see or hear about Great American Ball Park. There are risks in signing away your company’s main image to another, as the Astros found out with Enron fairly painfully.