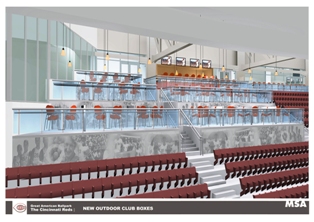 CINCINNATI (March 16, 2009) — Reds fans can bid now on reds.com for seats in the new Champions Club Boxes on Opening Day.

The Champion Club Boxes feature an outdoor bar area and in-seat service, in addition to access to the new all-inclusive FOX Sports Ohio Champions Club and its unlimited food and non-alcoholic beverages.

Place your bids here on the auction site.

The FOX Sports Ohio Champions Club (formerly known as the FSN Ohio Club 4192) is located on the first base side of GABP. The 2009 Opening Day game is Monday, April 6 vs the New York Mets. First pitch is 1:10 p.m.

Apparently, the Astros felt their team didn’t weigh enough when they tipped the scales this Spring. Upon watching the World Baseball Classic, they saw some extra weight that would help them greatly.

Are the weight puns too much? Sorry, but the Astros have signed catcher Ivan “Pudge” Rodriguez. Well, pending a physical, of course. So unless Rodriguez shatters into a million pieces when he’s poked and prodded, he’ll be reporting to Astros camp in no time.

Reaction to the deal has been mixed, but I know someone who isn’t happy, now former starting catcher Humberto Quintero: 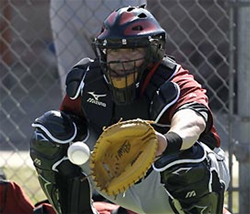 Despite his father’s almost Dusty Baker levels of managerial incompetence, Aaron Boone was always one of my favorite Reds. He’s struggled mightily since leaving the team, but I thought he might have a chance of rebounding with the Houston Astros this year.

Boone held a press conference yesterday where he talked about his need to undergo open-heart surgery to correct a congenital heart defect he’s been aware of since his college days. Open-heart surgery is scary stuff, and I wish him nothing but the best. It seems hard to believe that at 36, he’s already facing his second time of never playing baseball again.