Bronson Arroyo performs “Wonderwall” at Redsfest in December. I’ve never been entirely sure what a “wonderwall” is supposed to be, but in this case it seems to be what you hit two months into the season.

And the acoustic version. He must really like this song.

And here is his performing “Last Dance With Mary Jane.”

One more, this one with matching guitars!

Posted in Bronson Arroyo.
Comments Off on Redsfest Concerts 2006

Arroyo was the recipient of two awards from the Reds in 2006.

The first, the Johnny Vander Meer Award, is given to the “Reds’ Most Outstanding Pitcher.” Reds.com points out:

Arroyo, who was acquired in a March 2006 trade from Boston for outfielder Wily Mo Pena, went 14-11 with a 3.29 ERA in 35 starts last season. The right-hander led the Major Leagues in innings pitched with 240 2/3 and was tied for first in starts. The 30-year-old was also Cincinnati’s lone representative to the All-Star Game in Pittsburgh.

The other award, the Joe Nuxhall Good Guy Award, is traditionally given to Sean Casey. Good Guy Award balloting in the post-Casey era was not so clear-cut, according to The Enquirer:

The Good Guy voting was extremely close. Arroyo got three votes. Adam Dunn, Kent Mercker and Todd Coffey got two each, and Scott Hatteberg, Aurilia, Austin Kearns, Javier Valentin and David Ross all got one.

Posted in Bronson Arroyo.
Comments Off on 2006 Awards

“Plate Music” is what I call the song that players choose to have played over the PA system as they step up to the plate. Presumably it is a song that the player feels says something about him, helps get him pumped up, or intimidates the opposing pitcher.

Arroyo’s plate music is “45” by Shinedown.

Posted in Bronson Arroyo.
Comments Off on Plate Music

How Bronson Spent His 2006 Spring Training 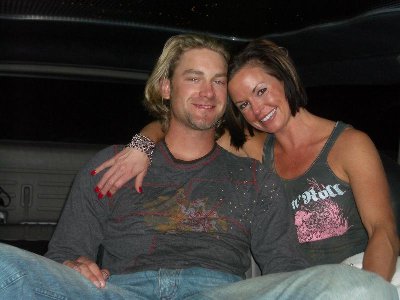 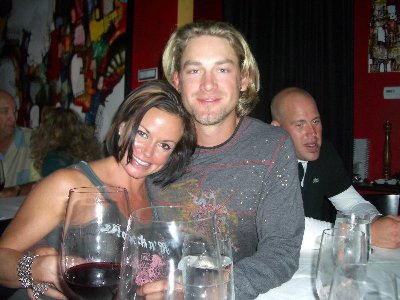 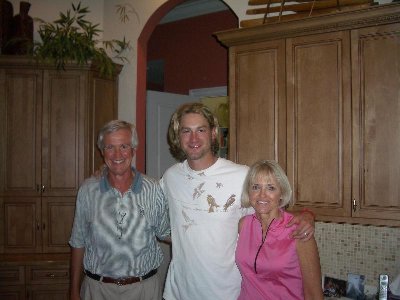 Posted in Bronson Arroyo.
Comments Off on How Bronson Spent His 2006 Spring Training

This outtake caught on film while shooting a commercial for Champion Ford in Cincinnati garnered much more attention than the commercial itself. And to think you saw it here first!

With antics like this, it’s hard to keep the guy as my whipping boy. But I’m always up for a challenge!

Posted in Bronson Arroyo.
Comments Off on Commercial Outtake