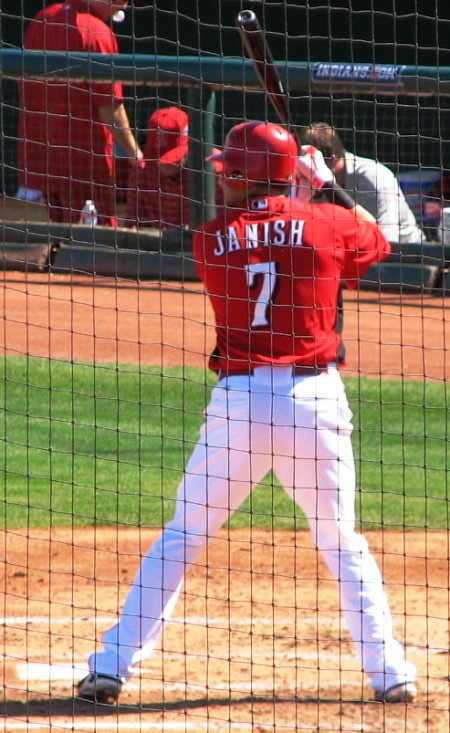 With Adam Dunn moving to first base and rumors swirling about trading Austin Kearns, how do you feel about your chances for becoming Cincinnati’s next big outfield heartthrob?

And it’s really true. If you look at the photos of Denorfia, he looks kind of goofy, but this last year he’s really started to fill out and he’s getting downright dashing. I think he’s a shoe-in for outfield heartthrobâ€”if he can just make the team.