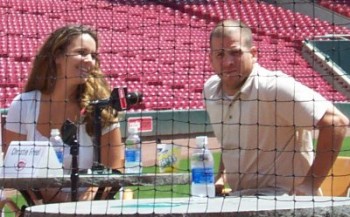 On December 22, 2012, Ryan Freel was found dead in his home in Florida, killed by a self-inflicted shotgun wound. He was the father of three, the oldest of whom just celebrated her eighth birthday. He was 36.

As you may have noticed, I’ve put off writing about this. It seemed like a topic that deserved some quiet reflection, which there isn’t time for in the days leading up to Christmas. That didn’t stop it from affecting my holiday season, though. Of course, Ryan Freel isn’t a close friend or family member, but it felt weird to continue being jovial while it was in the back of my mind. Everybody brought it up in conversation. It made for somber holiday party chit-chat.

Still, as the days went by the shock and sorrow of the news gradually dimmed compared to the happy memories. How, before games at different ballparks, he used to confirm with the umpires what he was allowed to climb on to in order to make catches. Farney. The time he had a little too much domestic beer at Applebee’s and tried to start a cheer for Danny Graves. I just can’t help but laugh thinking about those times.

I remember when Reds and Blues used a South Park character generator to make pictures of the whole roster, but Freel was on the DL, so I thought I saw my opportunity. The R&B Freel character appeared online just minutes before mine did. I was never so mad at Joel as right then.

I remember how Freel’s was the first and only autograph I ever sought out, and how my husband had the t-shirt framed for mother’s day one year. That t-shirt still hangs on the wall; I’m looking at it as I write this. I remember how he and his wife appeared at that inappropriately-and-somewhat-offensively-named “Baseball 101” program that the Reds put on, and how all those fiercely devoted old lady Reds fans adored him.

But mostly I remember the joy it brought my soul to watch a person commit so completely, win or lose. These days, most people probably don’t remember when I used to write “Human League” profiles about the players, but Freel was one of the first, and this was something I dug up from that post:

Wherever he’s playing, Freel has a reckless disregard for his own safely and will fling himself into walls, stands, the ground, other players, or anything else that stands between him and the ball. He has broken the arm of one fan and the nose of another, and a near-collision with Barry Larkin resulted in aggravation of an existing injury for the veteran shortstop.

But mostly if anyone gets hurt, it’s going to be Freel. He’s had bruises, fractures, strains, tears, you-name-it, but he always seems to bounce back quickly. Freel is a frequent Web Gem Nominee because his defensive plays often appear to be, if not impossible, at least highly improbable.

Or perhaps a better paragraph to end on would be this one:

When you select a player’s jersey to wear, you’re honoring that player, but you’re also sending a message to the world about yourself. When you elect to don #6, you’re telling the world that you appreciate passion, energy, and a can-do attitude. You’re saying that you aren’t afraid of embarassement, pain, or hefty emergency room bills. You’re saying that you don’t wait around for things to happen; you make your own destiny.

RedsZone.com put together a fundraiser for suicide prevention in his honor, and Freel’s family is donating his brain tissue to head trauma research. Make your kids wear their helmets, guys.

So, those Reds traded Ryan Freel, eh? Might actually be a decent move, I suppose, but against the backdrop oft he cluster that is Dusty Baker’s management, it’s hard to see this move as anything other than more of said cluster.

In any event, the massive level of annoyance that it aroused in the Red Hot Household was enough to shake us from our three-month long podcasting malaise. This ought to motivate us for at least a couple months, at which time I guess they’ll have to trade Brandon Phillips to the Nationals in order to raise my ire enough to create more audio content.