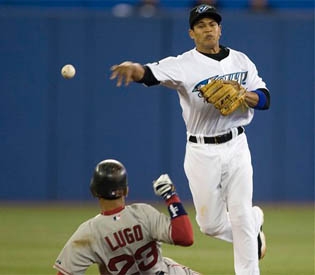 Little Ray Ray is back! The Pirates picked him up off waivers from Toronto.

Posted in Random Ramblings.
Comments Off on Little Ray Ray Returns to the NLC 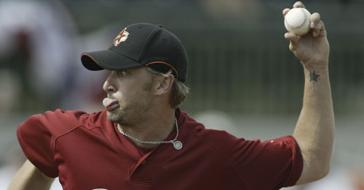 The Reds signed Scott Sauerbeck to a minor league contract today with an invitation to spring training. Sauerbeck went 3-1 last season with a 4.22 ERA. With the Reds scraping to get the requisite number of pitchers together (though you know they’ll start the season with 13 on the roster), Sauerbeck has a greater-than-average chance of landing a spot on the team.

They also signed catcher Paul Bako to a minor league contract (enabling them to also carry 3 catchers). And they signed Matt Belisle out of arbitration as well. Normally I’d leave the reporting of these moves to HMZ, the expert in these matters, but I really wanted an excuse to post this picture from Reds.com. 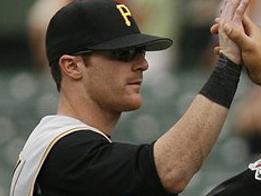 It’s been a while since I’ve gotten off my booty to put up one of these match-ups, but I’ve got to get one the ball if I want to wrap up this tournament before the All-Star Break.

Chris Duffy
ht: 5-9 wt: 180 dob: 04/20/1980
Duffy only spent 70 games with the Pirates last season, spending many of the rest of them in Indianapolis. The CTS says its because “that boy ain’t right.” Nevertheless, he takes a couple good pictures.

Posted in Chicago Cubs, For the Ladies, NL Central, Pittsburgh Pirates.
Comments Off on NLC’s Hottest Baller – Round 1 – Duffy vs Petrick