SARASOTA — The Cincinnati Reds and 2B Brandon Phillips have avoided arbitration by agreeing to a four-year contract through the 2011 season with a club option for 2012. Financial terms of the deal were not announced. 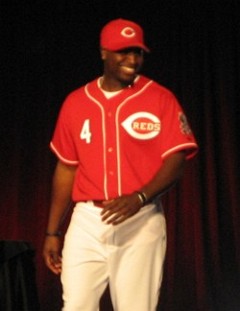 In 158 games for Cincinnati he hit .288 with 30 HR, 94 RBI and 32 stolen bases in becoming only the second second baseman in Major League history to produce at least 30 homers and 30 steals in the same season.