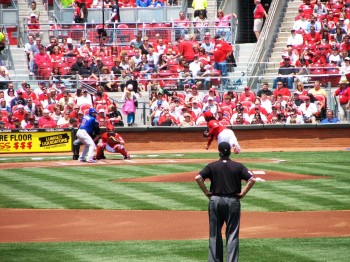 The Reds need to do this every game.

I love seeing all four mascots on the field, being silly as they compete in a race.

Before the Beach Boys’ took the stage that was constructed for them, the Reds funatics unleashed an uncountable number of beach balls upon the crowd. When they were all bouncing, it was quite mesmerizing.