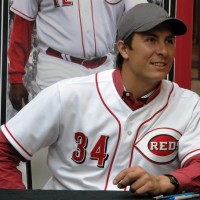 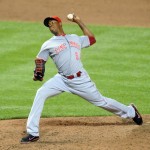 Reds Caravan is next weekend

The Cincinnati Reds annual caravan across the Midwest begins next Thursday. Two new stops were added this year: Evansville, IN and Nashville, TN.

The caravan is divided into four different tours: North, South, East, and West.  The North tour will go through the Cincinnati area, the South tour travels through Kentucky and Tennessee, the East tour goes to West Virginia, and the West tour visits Indiana.

The RHM crew will likely stop by one or two of the Indiana stops, although the star power is noticeably lacking this year. At the original announcement, catchers Brayan Pena and Tucker Barnhart were the only players on the schedule. That’s right. A backup catcher and a minor league prospect. Nothing like a lackluster caravan to drum up interest in a lackluster team’s offseason. Thankfully, former Red great Eric Davis was added later to make it a little less empty.

Details of all the tours are listed below.

Posted in Random Ramblings.
Comments Off on Reds Caravan is next weekend