Josh Hamilton on I Am Second

Josh Hamilton, once Cincinnati Reds reclamation project and now Texas Rangers AL MVP, has taken to the intertubes to tell his story of overcoming drug and alcohol addiction through faith. 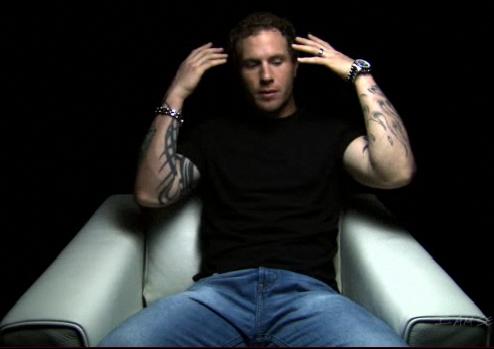 The organization I Am Second hosts the video. According to the about page on the website:

I am Second is a movement meant to inspire people of all kinds to live for God and for others. Actors. Athletes. Musicians. Business leaders. Drug addicts. Your next-door neighbor. People like you. The authentic stories on iamsecond.com provide insight into dealing with typical struggles of everyday living.

If you go to see Hamilton’s story, make sure you have an extra half hour or so. It’s taken about 25 minutes to buffer the whole thing on my machine, maybe because of all the traffic they’re generating from advertising this thing on the radio, which is where I heard about it. As always, thank you, 99.5 WZPL!

Right now, he’s about to break the record for the number of homers hit in the first round of the Home Run Derby, and he still has two outs to go.

The old dude pitching to him has GOT to be tired.

A 9th inning opening day home run to give his team the lead. I know Edinson Volquez hasn’t pitched for the Reds yet, but, man, I enjoyed Hamilton last year. I’d rather see him in center for the Reds than Corey Patterson.

Posted in Josh Hamilton.
Comments Off on References

Hamilton sports no fewer than 26 tattoos, including:

These days, though, Hamilton is best known for his struggle against drug and alcohol addiction. At the time of this writing, Hamilton had been clean for a scant 16 months, but it sounds miraculous that the guy is even alive. Consider some selected paragraphs from New Life at the Place, an in-depth profile of Hamilton that appeared on washingtonpost.com:

By now, Hamilton ought to be in his fourth or fifth big league season for the Devil Rays, sharing the Tropicana Field outfield with Carl Crawford and Rocco Baldelli. He should be a perennial all-star, an MVP candidate.Instead, he is a Cincinnati Red, and a Hail Mary project at that. After investing eight years and millions of dollars in Hamilton, the Devil Rays decided to leave Hamilton unprotected for December’s Rule 5 draft — in which teams get to pluck away other teams’ unprotected players, their leftovers — figuring no one would take a chance on a 25-year-old outfielder who went four years without playing a game and whose last stop, last summer, was low Class A.

When the Reds snatched up Hamilton, Devil Rays executives expressed mild surprise but little remorse. But way back in June 1999 — when the franchise had passed over Texas high school pitcher Josh Beckett and USC lefty Barry Zito, among others, to make Hamilton the first overall pick — it was a far different story. To go back and read the press clippings now is to marvel at the juxtaposition of youth’s sweet promise and life’s dark reality.

Every head in the place turns when Josh, tall and tan, built like a Greek god, covered in tattoos, handsome as the day is long, carries the tray of food to his family’s table.This body is what saved his life, more than likely, when Hamilton snorted down enough cocaine to stop an elephant’s heart, or guzzled a 750-ml bottle of Crown Royal each day. Even on those handful of occasions when his sole purpose was to overdose and end the suffering, he couldn’t kill this body.

“There’s no reason I shouldn’t be dead or crippled,” he says. “The fact I still have all my brain function [is amazing]. I did things to where I shouldn’t be right today. It just lets me know there are bigger things out there for me to do.”

You want to root for the kid. You love to see a guy overcome his demons to finally fulfill his potential. On the other hand, there are plenty of guys out there who have worked harder, shown more dedication, and never allowed these demons in in the first place. Hamilton needs to buckle down and prove that he deserves this chance if he’s going to win over the fans of Cincinnati.

Posted in Josh Hamilton.
Comments Off on Non-Baseball Stuff