Dig in, everyone!
Posted in Random Ramblings.
Comments Off on Happy Turkey Day!

MVPs Announced (and what’s so valuable about them anyway?)

Joe Mauer of the Minnesota Twins took home the American League MVP award this year, and to him I say the same thing I said to Albert Pujols of the St. Louis Cardinals, winner of the NL award: if you’re so damn valuable, where’s your team’s 2009 World Series ring, huh?

And don’t freakin’ tell me that Matt Holliday took it cuz I’ve got a whole bucketful of would’ves and should’ves of my own without that crapoli.

Posted in Random Ramblings.
Comments Off on MVPs Announced (and what’s so valuable about them anyway?)

This is the email I got from Major League Baseball about the MLB Insider’s Club Magazine: 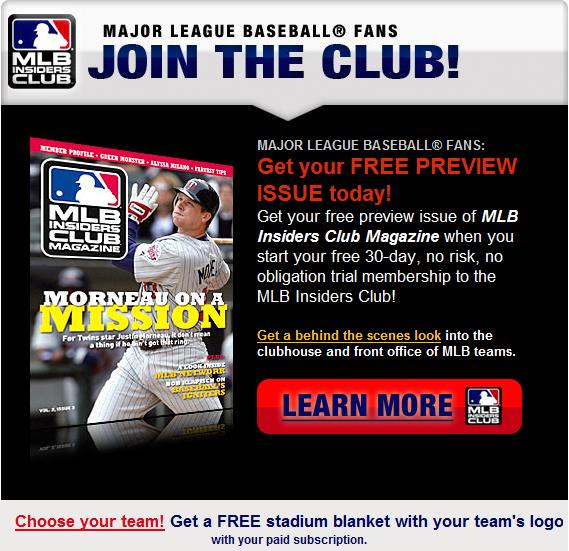 I clicked through, confident from the “free” trial, blanket offer, and refusal to mention a price that the offer would provide me the opportunity to get in a pot shot or two about Major League Baseball’s shilling. But actually, it sounds like a decent deal. $24 a year gets you membership into the club, including the subscription to the magazine. They say they might send you books and videos, but that you can send them back at their expense if you don’t want to buy, and they imply that you can opt out of that part as well.

As long as the magazine itself doesn’t turn out to be two stapled together, photocopied pages of hand-drawn player portraits done in crayon, (I get enough of those from my kid’s school) I think I might be interested. Plus the blanket’s a heckuva stocking stuffer. 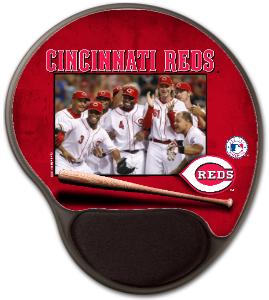 I wanted to use an example of my own photo on the special Christmas mousepad, but since the photo you use has to be at least 700×700 and since I take all my photos with my iPhone, I had to go online looking for wallpaper to use instead.

But if you use a more standard digital camera, you probably have a high-res-enough photo to make your own mousepad, mug, or ornament. Buy enough of them, and maybe the Reds will build enough cash to sign a decent free agent.

Posted in Random Ramblings.
Comments Off on Reds Stocking Stuffers