Vote for the NLC’s Hottest Baller

Don’t forget to cast your vote for the NLC’s Hottest Baller championship round. We’ve already had more votes this round than ever before, and Bubba Crosby is well in the lead over Brandon Phillips. Vote early and often: time is running out.

I got back from Florida last night. Two days of driving each way…but probably the smarter choice, given all those people sleeping in airports while the planes are inspected for cracks. (And yes, if I’d flown, it would have been Delta.)

I went to six baseball games in six days, and took a ton of photos at all of them. Weirdly, one of the ushers at a Reds game told me that cameras were not allowed in the stadium. WTF? Who ever heard of a rule like that? Practically everyone there had a camera and was snapping photos left and right, but he singled me out and told me to put the camera away. Jeez. I thought they were Nazis at Yankee Stadium, but they allow cameras there. (I simply moved to another section and continued taking photos.)

Yup, I’m afraid it’s the moment you’ve all been dreading: I’m inflicting my vacation photos on you.

END_OF_DOCUMENT_TOKEN_TO_BE_REPLACED

Posted in For the Ladies, Spring Training.
2 Comments 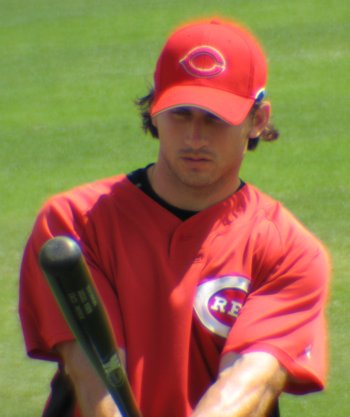 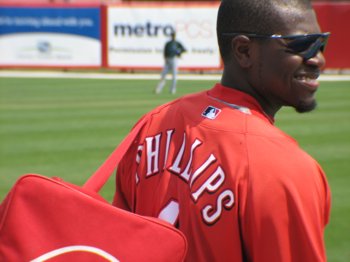 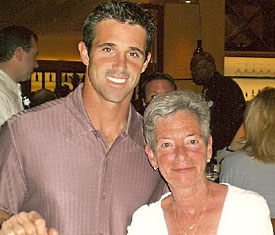