Dunn Could Learn Something 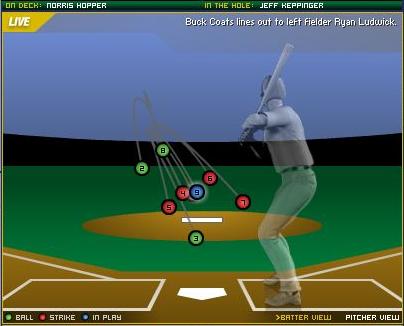 Buck Coats was out in this at-bat, but nice job defending the plate!
Posted in Random Ramblings.
2 Comments

Among the many changes the Reds have enjoyed with a new manager midway through the season has been allowing Javier Valetín to start some games, particularly those in which Bronson Arroyo takes the mound. Though you might be interested to see how that's worked out for Arroyo so far: