At long last, the day has finally arrived when pitchers and catcher report to the Reds’ new spring training facility in Goodyear, AZ. Reds.com has a story about the place today, and that story features quotes from every single person in the complex detailing how they’ve gotten lost driving to, driving out of, or walking around the new place.

Ironic, since the Reds always seem to know exactly where they’re going.

Less than a month now until I join the Reds in Arizona and replace these screenshots I’ve pilfered from the video on Reds.com with real-life photos of my own.

Well, it’s no wonder they got lost, what with the building being so poorly marked. 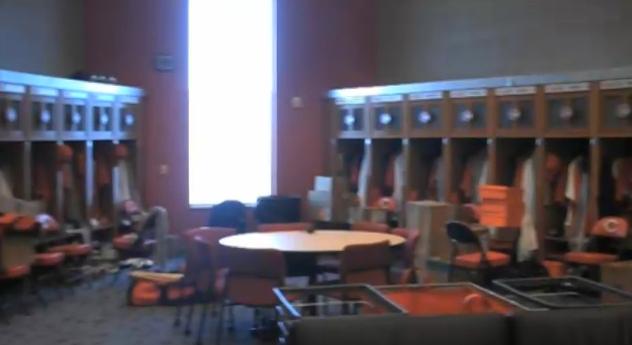 These are not the seats you get to sit in. This is baseball. It’s not about you. 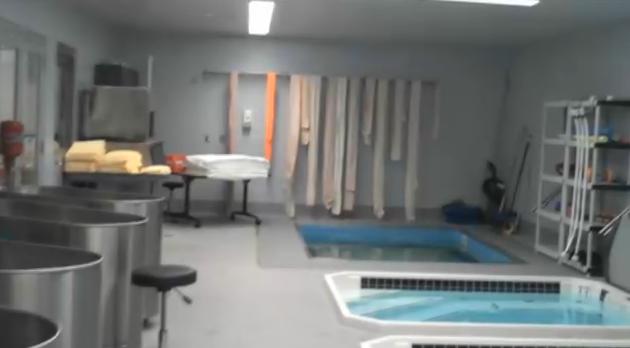 I didn’t know it was possible to make a hot tub seem so…clinical.

Posted in Random Ramblings.
Comments Off on Pitcher and Catcher Report 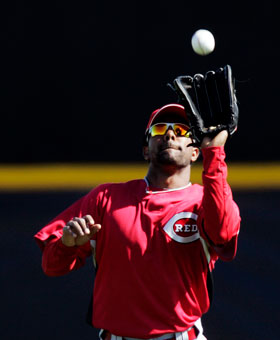 If the Washington Nationals have contributed nothing else to this game, they’ve given even the crappiest former-Reds (and some good ones, too) the opportunity to stay on the field far longer than they would have otherwise.

The latest case-in-point, Willy Taveras. The deal must not be announced yet, but SI.com is reporting:

Willy Taveras has signed a minor-league contract with the Washington Nationals, SI.com has confirmed. According to the AP, the deal is worth $400,000.

I love Washington’s boundless optimism, ever hopeful that THIS will be the ex-Red who finally puts them over the top. After this season, I hope they’ll be looking to add Dusty Baker to the payroll.

Today is the Day to Register for OD Tix

Now through noon on Friday, Feb 12th fans can register at www.reds.com/openingday for the chance to purchase up to 4 individual Opening Day tickets.

Applicants must complete and submit the registration form online on www.reds.com/openingday to participate.

Posted in Press Releases.
Comments Off on Today is the Day to Register for OD Tix

The Cincinnati Reds have had general managers make their share of bad decisions. Heck, Walt Jocketty’s big one from last year, Willy Taveras, will be remembered for a while to come. (Thankfully, Taveras is gone now, but Redleg Nation still thinks Jocketty needs to continue working to redeem himself. I can’t disagree.)

However, in times like this, it’s good to compare to other clubs. For example, take the New York Mets. They are a large market team that always seems to spend their millions on the wrong things. Case in point: Bobby Bonilla.

Don’t remember Bonilla? I do, from his time the last time the Pittsburgh Pirates were good. Apparently, though, his career extended until 2001. He last played for the Mets in 1999, but will be getting paid from them again starting in 2011. Why? Because former Mets GM Steve Phillips isn’t so good at math.

Bonilla was bad in 1999, and the Mets wanted to get rid of him. Instead of doing the logical thing and paying him what they owed on the remainder of his contract, they opted to defer payments until 2011. When worded that way, it sounds smart, until you know the details.

The buyout would have cost $5.9 million. The future payments are $1.2 million for 25 years, or approximately $30 million in total.

Early last month Jeff Polman–the baseball fanatic/alternate history enthusiast who runs the blog 1924 and You Are There!! (“a complete ‘fictional replay’ of the 1924 season using Strat-O-Matic Baseball, then reported daily in the language of the time through two characters”)–contacted me about being an absentee manager for another baseball simulation he had in mind. He wanted me to put together a lineup and rotation for the Reds. The 1977 Reds.

Now, I wasn’t born for the 1977 baseball season, so I pretty much expected to be arranging my lineup in order of mustache awesomeness, but as it turns out, there were a few big names on the team back then.

Here’s the result; see what you think. I think you stat heads will appreciate the consideration for OBP that went into deciding this somewhat nontraditional batting order. It’s a pretty balanced group, so we’re starting the season sending out the same guys against righties and lefties and see how it goes. Might need to mix it up as the season goes on.

The season will start later this month. There’s supposed to be a Twitter feed or something. Whatever the technology, we’ll get the updates to you. I know how entrancing pretend baseball can be.

Posted in Random Ramblings.
Comments Off on I’m like one of those war re-enactors