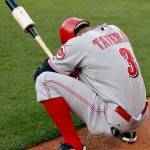 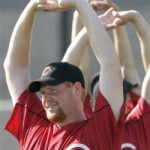 This might be an OK deal if not for the field manager who will misuse him. I predict six weeks of Taveras leading off, hitting .193.

Cincinnati Reds President of Baseball Operations and General Manager Walt Jocketty announced Saturday the signing of free agent OF Willy Taveras to a two-year contract through the 2010 season.