Nationals Embarrass Bowden—No, Not the Other Way Around

A story in the Washington Times talks about Nationals' general manager Jim Bowden's extreme frustration with his team's performance this week. The Nats lost to the St. Louis Cardinals 7-4 on Wednesday, to the Florida Marlins 12-22 on Tuesday, and to the Houston Astros 11-1 in a split squad affair on Monday.

To be fair, the Nationals do have seven players away for the WBC and even more who are injured. Nevertheless, Bowden expected more:

That's right; the guy who is responsible for the continuing career of Ramón Ortiz is tired of his team embarrassing him. So much so, that he's going to get rid of a bunch of them:

“There's going to be major cuts in the next 48 hours, dramatic numbers,” Bowden said. “We'll start to get serious here. I mean, you've got to get people opportunities and at-bats and innings and try to do what you can that way. But it's got to end because we don't want to be embarrassed anymore. It's time to step it up to the next gear.”

I'm not exactly sure what this is going to accomplish. Getting rid of a bunch of crappy players isn't going to make the rest of the crappy players any more talented. Maybe some new blood would be in order. I hear Luke Hudson is available.

What Is It With Cards Fans and Signs? 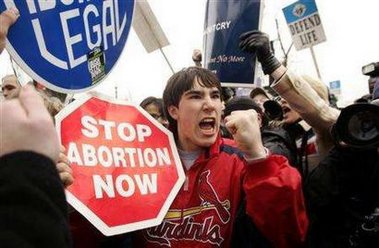