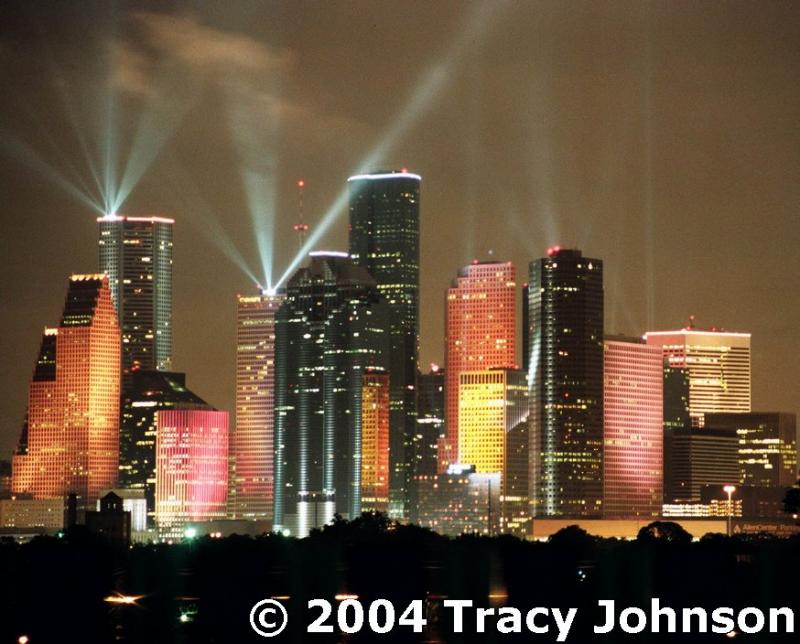 Tomorrow’s the big day, when the family boards a plane for Houston and a week of the most fun you can have over spring break when the only person in your party who’s actually on “spring break” is 6 years old.

We’ll be attending games on Wednesday and Thursday, so you can be on the lookout for some first-hand photos after those events. Until then, if you’re really luck, we might subject you to some of our non-baseball-related vacation photos, again, of the variety you take when you travel with a 6 year old.

The mismatch I mentioned earlier wasn’t as much of one as I expected.

Despite giving Roy Oswalt (0-1) an early lead, the Cubs (2-3) battled back to defeat the Astros (2-4). However, the game wasn’t the exact opposite of what I expected. Jason Marquis continued to embrace the Marquis de Suck appellation by allowing 4 earned runs in 5 and 1/3 innings. Despite the win and the almost flirtation with .500 for the first time this season, the Cubs still have a huge rotation problem. (Seriously. Was the GM too close to the situation to realize that Dempster and Marquis were not viable options? Or could the team not afford Kyle Lohse without renaming Wrigley Field to Viagra Ball Park?)

Roy O. took the blame for sucking, which was manly and, ultimately, unhelpful. Just pitch better. And maybe strike someone out sometime, like Derrek Lee.

Aaron Harang pitched as stellar as we have come to expect of him, but the Reds really had to claw against Adam Eaton until he was lifted in the 8th inning, only managing to rough him up for 3 runs.

The pivotal inning was the 8th when the Phillies took a 1 run lead. Ryan Howard crushed a Kent Mercker pitch way out to centerfield, measuring the 6th longest home run in GABP history. It was only a solo home run and Mercker would escape further damage assisted by a 3-6-3 double play initated by Votto who was substitued in to the game in place of Hatteberg.

The Reds would answer back. With two outs in the 8th Corey (stop dissin’ me yo) Patterson decided that OBP was pointless at this juncture of the contest and opted to simply jolt one over the left center fence for a solo game tying shot instead of looking for a walk.

Cordero, throwing 95-96mph got thru the 9th easily setting up the Reds for the win via back to back walks against set up man Durbin. Curiously Brad Lidge, their closer, was left out of this game despite coming off the DL and being listed as available. Perhaps he gets the call from here on out in the 9th innings.

Baker, trying to keep his entire roster active, decided to use the underappreciated Ryan Freel and Norris Hopper who will play secondary roles to his favored “homeboys” Patterson and Bako in today’s events. Freel pinch ran for Dunn who drew the lead off walk in the inning. Hopper would pinch hit for the pitcher’s spot delivering a magnificent perfectly executed sacrifice bunt down the 3B line. That pretty much guaranteed the win except for the fact that the historically weakest hitter on the team PAUL BAKO was the guy who had to get it done.

Baker couldn’t elect to pinch hit for Bako because no other catchers were available; Valentin having pulled up lame yesterday. He took a couple of pitches and worked the count in his favor. Bako who already had 2 base hits on the day delivered a third, although really it was just a groundball to shortstop. With the infield drawn, however, and Freel’s great speed heading for home, Jimmy Rollins had no play and confused us by throwing it to first base sealing the Phillies fate. Holy Cow! Cubs… er, I mean Reds win! Reds win!

The Cardinals’ (3-1) somewhat surprising start to the season continued against the Nationals (3-2).

Braden Looper (1-0) turned in an excellent 6 innings for the win, with Jason Isringhausen (S 2) getting his second save. Odalis Perez (0-1) got the lost.

The Cardinals bullpen has been hit pretty hard, though, so for the Cardinals to continue to win, the starters will have to start taking up more innings. Russ Springer, after allowing 3 runs in no innings in this game, was sent to the DL, so the war of attrition is beginning early.

The two teams play the second game of their series today at 1:05pm EDT. Adam Wainwright (0-0) goes against Matt Chico (0-0).

Oh, one other thing. RHM mascot Javy Valentin pulled up with a strained hamstring after running to first. I hate injuries to catchers like this because I’m afraid it only serves to prove to the Reds GM that 3 catchers should be on the 25 man roster. 3 on the 40 man I’m okay with. Still, the Reds already shaky catcher situation looks even worse now.