Reds manager Dusty Baker proved himself right today when, yet again, the base paths were too clogged up for the Reds to score. The Reds left nine runners on base as they lost 1-9 to the Pirates. It was the Pirates’ first series sweep of the year.

Tom Gorzelanny started for the Pirates. He allowed one run (earned) on four hits and four walks through six and a third innings. Ryan Freel knocked in Paul Bako to score the run for the Reds.

Johnny Cueto started for the Reds. Though he allowed five runs (earned) on five hits and a walk in his six innings of work, his ERA remains under 4 at 3.72. Todd Coffey allowed the rest of the Pirates’ runs, giving up four on three hits and a walk in one inning. RBIs for the Buccos went to Luis Rivas, Jason Bay, Ryan Doumit, and Xavier Nady.

The loss brings the Reds’ record to 6-7 and their losing streak to three. After a day off, they take on the Cubs in Chicago on Tuesday.

The win brings the Pirates’ record to 6-6 and their winning streak to three. Tomorrow they travel to LA to take on the Dodgers. Zach Duke starts against Hiroki Kuroda at 10:10pm EDT. 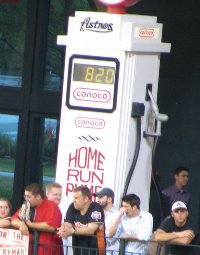 Wednesday was the second game the Red Hot Family attended at Minute Maid park. And with an area doctor visited and ear-infection antibiotics happily procured, the rough part of the trip was already behind us. Alas, the rough part of the series was not over for the Astros. The home run pump didn’t increment a single number the whole time we were in attendance. 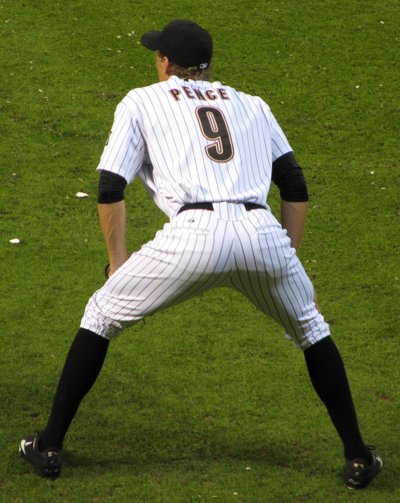 Hunter Pence. You look at this picture and you just can’t help but notice his…socks. 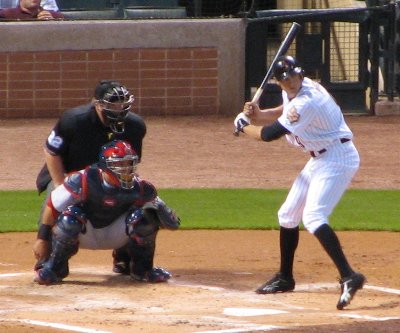 Weird how his…socks…aren’t as noticeable in this photo. They probably help with his strike zone, though.

Albert Pujols was a monster this game, hitting two solo home runs and single-handedly providing the margin of the Cardinals’ win. Yeah, the Astros fans really don’t like Pujols. 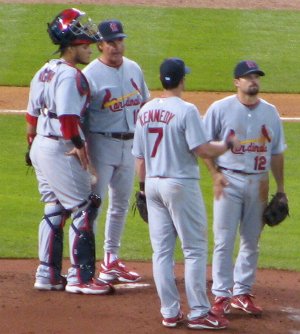 Here at Red Hot Mama, we make our fair share of fun of Tony LaRussa’s sunglasses. But this vantage has shown us the error of our ways: we ought to be making fun of his tight pants. 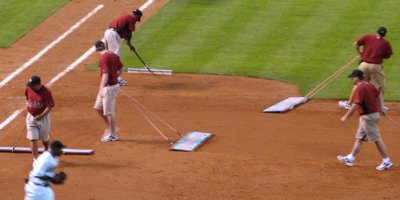 The Astros grounds crew was sponsored by a local car wash. I bet they got a sweet cut of that action. 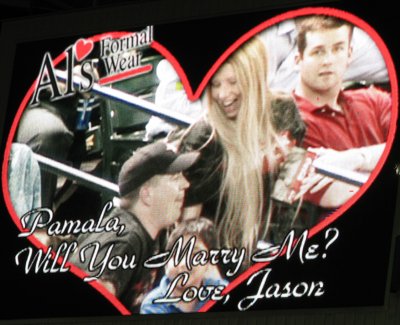 Awwww…someone got all engaged at the game. But neither that nor Tejada’s double would be inspiration enough for the Astronomicals to put a line in the W column on this evening.

Here’s a smattering of video clips from the visit to Minute Maid Park.


Michael Bourneâ€™s last out of our first game.

END_OF_DOCUMENT_TOKEN_TO_BE_REPLACED

Now that we’re home, I’m going through the photos and videos we took in Houston. During our first game, I took a panoramic shot of the stadium with the roof open. If you wondered what it looked like with the roof closed and from a completely different section, wait no more!