I know it’s hard to get pumped up to cast your 25 votes for Joey Votto today, or any of the Reds for that matter, with the kind of play we’ve seen on the field. In fact, I totally understand if you don’t do it today.

Just make sure you cast 50 tomorrow, when everything is sure to be looking up again 🙂

For me, it’s been a horribly overscheduled “holiday” weekend and I haven’t had time to vote since Friday. I’m using the missed-oral-contraceptive method to get back on track. For those of your who are dudes (shocking thought on a baseball site, I know) and not familiar, I’ll explain that if a woman taking oral contraceptives misses a pill, she’s supposed to take two pills the next night to catch up. If she misses two pills, she takes two the next two nights to catch up. If she misses more than three pills, she has to go celibate for the month.

Since I don’t think anyone wants that to happen, not missing more than three days is a high priority.

Remember, you get 25 votes per email address.

#VoteVotto (I’ll remind you who he is)

Joey Votto is the All-Star-caliber first baseman for the Reds. Those of you very new to Reds fandom may never have heard of him because he hasn’t played since last Tuesday, and will continue to sit out even today. But trust me, you’ll want to hang around until he gets back. He’s something to see.

A now-infamous stiff neck is what has sidelined our hero, and apparently no amount of Swedish massage has been able to deposit him back at first base.

My theory for why Votto is suddenly feeling this mystery pain is that he’s seen the huge Vote Votto movement that’s sweeping the Internets (and real life, too: there were guys holding Vote Votto signs at the game last night) and has gotten himself so worked up about not letting everyone down that the psychological burden is translating to actual physical pain.

That, or meningitis. Sweet heavens, I hope they’ve ruled out meningitis.

In case it’s the former, and in case Joey’s reading right now: don’t worry, man. You can’t let us down. You have already succeeded, and that’s why this movement has been inspired to action in the first place.

We, on the other hand, still have a contribution to make in the form of 25 votes per email address.

Posted in Cincinnati Reds, Joey Votto, NL Central, Vote Votto.
Comments Off on #VoteVotto (I’ll remind you who he is)

Headed to Barnes and Noble at Newport on the Levee this afternoon to pick up a couple autographed copies of Wire-to-Wire Reds, by John Erardi and Joel Luckhaupt. I haven’t done more than flip through it yet, but the pictures alone make it a good buy, especially with Father’s Day coming up.

More detailed review to come. If you’d like to order one in the meantime, go to WireToWireReds.com 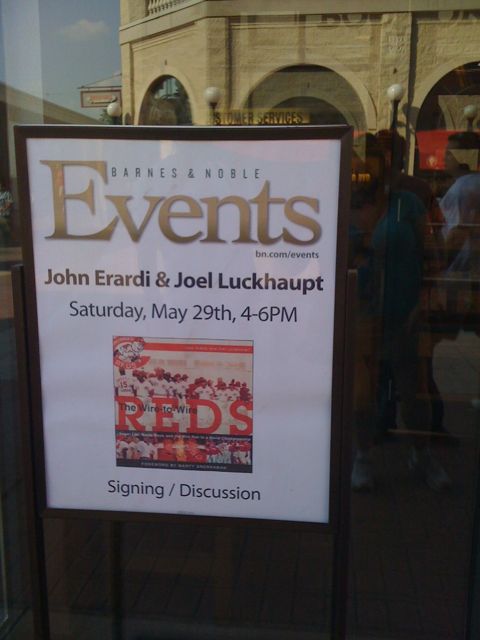 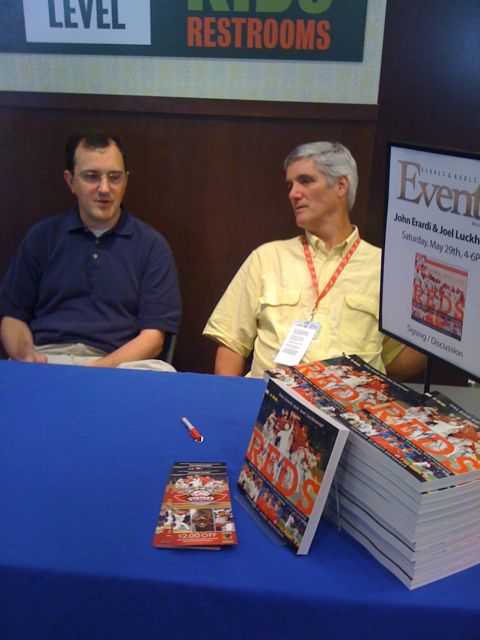 Posted in Random Ramblings.
Comments Off on Wire-to-Wire Reds: the book

By virtue of the San Diego Padres loss to the Washington Nationals tonight, the Reds now own the best record in the entire National League.

A nice thought to go to bed with. Goodnight!

Posted in Random Ramblings.
Comments Off on Reds First in National League