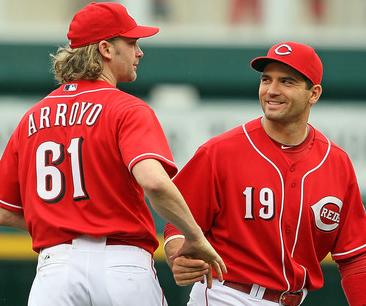 Woo-hoo! The Reds have taken over first place in the NLC, and while they’ve briefly held the top spot in the division early in the season before, the series to get them here was such a rush. My thoughts are too all-over-the-place for paragraphs, so you get them in bullet-point form:

3 comments to “Reds Take Over NLC”