The Daily Brief: The Return of Harang (And the Debut of Aroldis Chapman)

Last Game
Despite passing out a copy of the Joey Votto Sports Illustrated cover, last night was Jay Bruce night for the Reds. He lead the game off with a home run and finished off the victory of the Milwaukee Brewers in the 10th with a walk-off single. Thanks to the Cardinals losing again, the Reds now have a 6-game lead.

Next Game
Aaron Harang returns from a long stint on the disabled list to start for the Reds today. He had 2 rehab starts that were not good at all, so Reds fans will be holding their breath. But wouldn’t it be awesome for Harang to pitch like the ace of a few years ago for the remainder of the season and into the playoffs? If nothing else, he should be well rested. The Brewers will send Yovani Gallardo to the mound. Game-time is 7:10pm EDT.

Chapmania Finally Arrives in Cincinnati
Walt Jocketty announced yesterday that the Reds will be bringing Aroldis Chapman to the majors today.

“We’re going to bring him up tomorrow so he could be eligible for the playoffs,” general manager Walt Jocketty said.

Chapman could have been eligible for the playoffs anyway, thanks to the 2 players the Reds have on the 60-day disabled list. But this makes it definite.

Chapman will be pitching out of the bullpen, like he has for the last few weeks down in Louisville. Relief-work has suited him well. As hard as it is to fathom, he’s throwing harder, with reports of him hitting 105 on the radar gun. And he’s pitching more effectively. In 26 relief appearances, he is 4-1 with a 2.40 ERA and he’s converted 8 of 9 save opportunities.

Who will be sent down to make room for Chapman and Harang has not been announced, but Chapman will certainly make the bullpen even more imposing. Not too many batters will look forward to facing a lefty who can touch 105.

In what’s becoming a recurring theme of the 2010 season for the St. Louis Cardinals, Tony La Russa is again complaining about something that happened in the game against the Washington Nationals yesterday.

In the 9th inning, Nationals rookie reliever Drew Storen lost control of a fastball when pitching to Matt Holliday. The pitch sailed behind the batter. La Russa said, “If somebody throws the ball behind you, you’re not happy. Especially up in that area. If you don’t have that kind of command, it wasn’t intentional, then you don’t belong in this league.”

La Russa has made similar complaints before. I remember him making even harsher statements once when Reds pitcher Aaron Harang threw a wild pitch. Strangely, I never hear of other teams managers making the same criticisms when Cardinals pitchers throw wild pitches.

Of course, this is coming from a manager with a DWI on his record. I could make a cheap shot about how someone who can’t control their alcohol consumption doesn’t belong in the league. However, I’ll instead sit back and enjoy the Cardinals meltdown this year. For all of their “bitching and moaning” seems to do nothing more than cause them to lose focus and fall further and further behind the Reds. They lost that game to the Nationals yesterday. 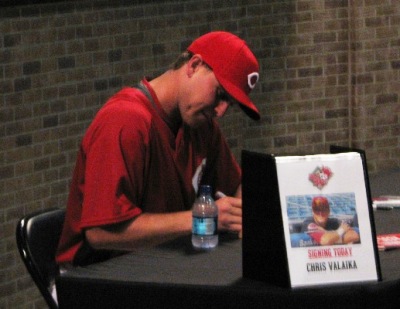 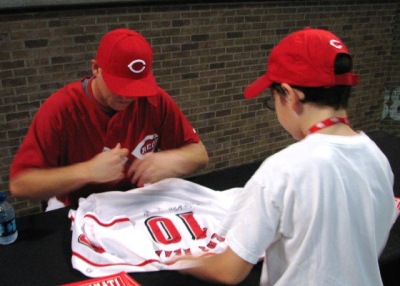 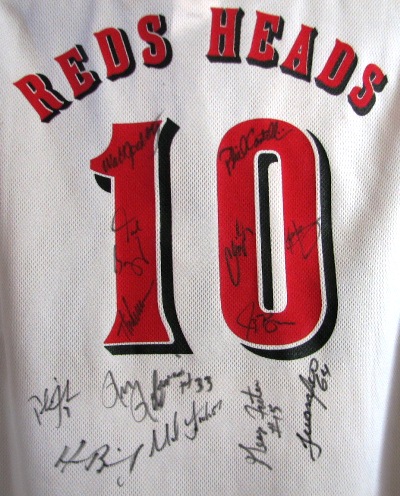 The St. Louis Cardinals have been having a terrible time of it lately. First, they lose a series to the last-place Pittsburgh Pirates. Yesterday, they headed to Washington, D.C. to take on the last-place Washington Nationals and again fell. Although this time, it took them 13 innings to lose.

Chris Carpenter, who will no doubt have difficulty explaining the loss to his child, started for the Cardinals. If it weren’t for the unearned runs, he would have had a quality start, as he pitched 6 innings and allowed 3 earned runs. Unfortunately, Felipe Lopez is an everyday player for St. Louis. And as Reds fans remember all too well, he can have problems throwing the ball, as he did in the 3rd, which led to 3 unearned runs scoring.

St. Louis did take the lead back after that error, thanks to Albert Pujols’ 400th career home run. But it wasn’t enough. Carpenter and the bullpen could not keep the Nationals from scoring. Going into the top of the 9th, Washington was ahead 8-6. It was time for another of the Cardinals patented come-this-close-to-winning comebacks.

Except that this time, the Cardinals actually did take the lead. Brendan Ryan doubled in a run, Matt Holliday was hit by a pitch with the bases loaded to tie it, and then Randy Winn drove in a go-ahead run and an insurance run with a single.

It wasn’t enough for closer Ryan Franklin, though, who allowed the Nationals to tie it on a 2-run shot by Roger Bernadino. The game went into extras and nobody scored until the bottom of the 13th when Ian Desmond hit the walk-off single.

The loss drops the Cardinals to 4 games behind the first-place Reds. They have now lost 3 in a row. Most troubling may be that 2 of those games were started by their big guns–Adam Wainwright and Carpenter. Their record for their last 10 is 3-7.

The Daily Brief: My MVP Has a First Name

Okay, it doesn’t quite fit the old bologna jingle, but it’s true. Joey Votto showed his MVP colors again yesterday, rescuing the Reds from one of their worst pitching collapses all year. They got out of the gate early against the San Francisco Giants, building a 10-1 lead thanks, in part, to 2 home runs from Votto, but the pitching staff couldn’t hold it. Just like months ago back in Atlanta. The difference this time is that the Reds came back. Paul Janish drove in the tying run, and in the 12th, Votto drove in the go-ahead win for the 12-11 win.

Next Game
The Reds have a desperately needed off-day today before returning home to host the Chicago Cubs. And they need it. Between the injuries to Brandon Phillips and Laynce Nix and the exhausted and ineffective pitching staff, a day off can do nothing but good. Johnny Cueto will start for the Reds and Tom Gorzelanny will start for the Cubs. Game-time is 7:10pm EDT.

25th Anniversary Celebration of Hit #4,192
The Reds have secured permission from Major League Baseball to officially honor Pete Rose on the 25th anniversary of his hit that broke Ty Cobb’s career record.

Details for the events on September 11 have not been divulged, but Rose will likely be present on the field before the game against the Pittsburgh Pirates. That’s one way to have the stadium full for when the Pirates come to town.

What to Say to Sound Smart at the Water Cooler
In the win yesterday, Jonny Gomes finally hit his 100th career home run. He hit his 99th on July 19.

Posted in Cincinnati Reds, Daily Briefs, Game Wrap, NL Central.
Comments Off on The Daily Brief: My MVP Has a First Name