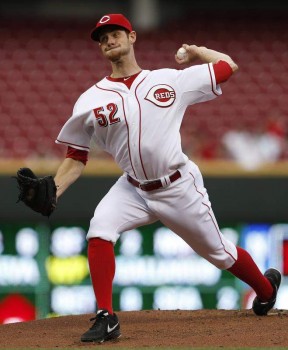 What a game that was yesterday! It’s amazing how a four-game winning streak makes you forget all about a five-game losing streak. It’s almost as if winning cures all.

Except for criticizing Joey Votto, but that’s lead to a fabulous new meme.

Yesterday had everything. Good pitching, good offense, and a feel-good story about a bat boy.

Tony Cingrani made his first major league start, in place of an injured Johnny Cueto, and showed that he has the stuff to compete. Granted, it was against the Miami Marlins, so it’s hardly a step above the AAA competition he’s used to, but Cingrani still did well. In five innings, he allowed one run on five hits and three walks and struck out 8.

Cingrani’s clearly a work in progress, as that’s too many people to allow on base to be successful against actual major league teams on a prolonged basis. Additionally, his pitch count of 102 was too high for five innings. Still, there’s some promising stuff there. If I remember correctly, Cueto wasn’t dissimilar to that when he first arrived.

As for the offense, they started in the third and hardly stopped for the rest of the game. While Votto was at the plate, Jose Fernandez unleashed a wild pitch that allowed Shin-Soo Choo to score the Reds’ first run.

In the next inning, the Reds really felt comfortable with Fernandez and put together four hits, a walk, and a sacrifice fly to push their run total to five. They weren’t done, but that was all they’d need. In the fifth, the Reds scored four more. And then in the sixth, Todd Frazier hit his fifth home run of the season to give the Reds 11 runs on the day.

The bullpen held the Marlins scoreless for the rest of the game, ensuring Cingrani’s first start would also be his first win.

The Reds look to extend their win streak tonight when Mat Latos goes against Kevin Slowey. The first pitch is at 7:10pm.