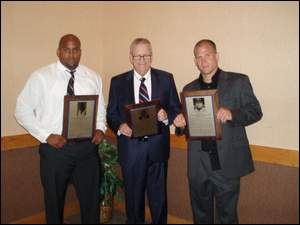 Curse of the Goat

By special request, this post is titled “Curse of the Goat,” and it's really appropriate, because Arroyo is going tonight and he's my personal goat for the team. Or he was, back when I cared.

So, what the heck is up with changing the rotation so Zambrano doesn't go against Harang? Do they figure going against Harang is a lost cause anyway so they might as well save Zambrano's start for someone else? Or is he just chicken?

Mmm…chicken. Personally, I'm enjoying some lovely fondue tonight courtesy of my aspiring chef brother while the fam plays Wii and I listen to the game on the radio. It's the only way to spend a Friday night. Now if the Reds will just play their role of spoiler, everything will be right with the world.

Congratulations to Brandon Phillips, now an official member of the 30-30 club. Win or lose, the game's been worthwhile now.

Though I'd still prefer a win.