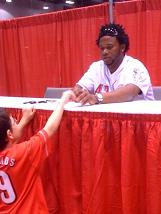 We just bought our tickets for Redsfest 2010! This is the first time the family is heading out for both days, and since it requires interstate travel to get there, we’ve also booked a hotel. So, it’s an official commitment; two complete days of autographs, climbing the Powerade rock wall, and watching whatever wacky stuff they put up on the stage.

Sorry fourth-grade basketball team that our son is on: we’re skipping the Saturday morning game because we have our sport priorities in order. Sorry kitty cat who will not have us to meow at all night: you’ll just have to mew in an easterly direction and hope the message gets through.

I don’t know about you, but this is just about the most excited I’ve ever been for a Redsfest. There’s just so much up-beat stuff to talk about and so much promise for the future. Plus, since it’s coinciding with the semester drawing to a close, it means not only content to write about, but also time to write it.

I hope to see you at Redsfest. Keep an eye on RHM for photos galore.

Posted in Redsfest.
Comments Off on See you at Redsfest 2010 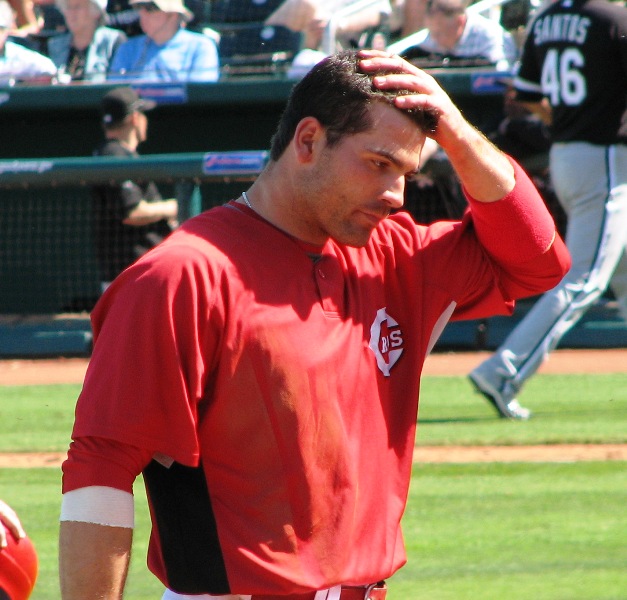 Baker Missed It By That Much

The Manager of the Year award winner was announced yesterday, and Dusty Baker was not the winner. That’s actually not surprising. Bud Black, manager of the San Diego Padres, won with less talent, a lower payroll, and a much harder division.

Baker had a great year, I think, becoming a bit more flexible than he had in his previous time with the Reds and while with the Cubs. It’s possible this was because of the players available, but it seemed like we saw him give young players plenty of opportunities to overcome slumps and get used to major league baseball. Granted, it had to help that Willy Taveras and Corey Patterson are long gone, but that’s under Walt Jocketty’s purview. Baker took the players he had and took the Reds to their first winning season in a decade and their first playoff appearance in 15 years. His reward? Missing the Manager of the Year award by 1 vote.

I would have voted for him, but Black with the Padres was very deserving, too.

Baker was his typical down-to-earth self. “It’s the second time I came in second after a narrow vote,” Baker said. “In 2003, it wasn’t this close but I lost to [the Marlins’] Jack McKeon. You’re disappointed, of course, but we’ll just have to come back next year and win the whole thing.”

Here’s to that. A Reds World Series in 2011 would be a wonderful consolation prize.

Posted in Cincinnati Reds, NL Central.
Comments Off on Baker Missed It By That Much 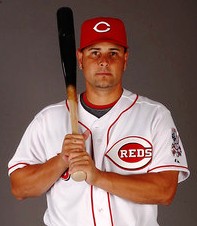