Now that Rich Aurilia is all pinned up in San Fransisco and David Weathers is safely in the fold of Cincinnati, it's time for the media to turn their attention to the next-most-talked-about Red this off-season, Adam Dunn.

In this story in the Pittsburgh Post-Gazette, Dejan Kovacevic counts the Pirates out of the chase for Dunn:


Still, it is known that some candidates already have been scratched off. The Cincinnati Reds' Adam Dunn has topped 40 home runs the past three years, but some in the Pirates' management are turned off by his gaudy strikeout total.

How smart of the Pirates! All that stood between them and the pennant last season was a few dozen strike-outs, so they'll want to avoid anyone with any power if they expect to contend in 2007.

But Pirates' beat writers aren't done counting Dunn out yet. In a story in the Beaver County Times and Allegheny Times, John Perrotto, points out that Dunn is also expensive:


Yet, the two young hitters who could be traded this week that would most fit the Pirates' needs, outfielders Carl Crawford of Tampa Bay and Adam Dunn of Cincinnati, also seem to be out of reach.
…
The Pirates could get Dunn straight-up for Duke. The idea of having a 6-foot-6, 275-pound left-handed hitter who has averaged 42 homers over the past three seasons aiming for the Allegheny River is enough to make your mouth water.

Yet, the 27-year-old's on base and slugging percentages have fallen in each of the past two years. He has also posted the two highest season strikeout totals in major-league history with 195 in 2004 and 194 this year.

Dunn has a $10.5-million salary in 2007 and can become a free agent following the season if a $13-million club option is bought out for $500,000. That is excessive for a player whose positive doesn't outweigh his negatives.

So, in case you were worried that the Pirates might threaten (not threaten the Reds--threaten to leave the cellar), you can now sleep sound.

Meanwhile, the Baltimore Sun is somewhat less down on Mr. Dunn:


The Orioles have had discussions with the Cincinnati Reds about Adam Dunn and with the Seattle Mariners about Richie Sexson, but other clubs' insistence on making Erik Bedard part of the deals essentially ended the talks.

And the Boston Herald hasn't got a bad thing to say about him:


Other teams in the hunt for big offensive talent include many mentioned as possible destinations for Ramirez - the Dodgers, Padres, Mariners, Angels and Rangers. With the best free agent hitters, Alfonso Soriano and Carlos Lee, already signed, trade talks for big boppers such as Adam Dunn, Richie Sexson and Vernon Wells will keep coming up.

It's nice to hear that the Orioles and Red Sox writers haven't dismissed Dunn out-of-hand, but still--those comments from Pittsburgh have got to sting.

Posted in Wheeling and Dealing.
9 Comments 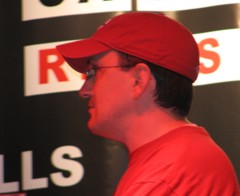 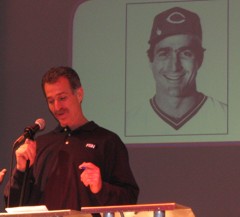 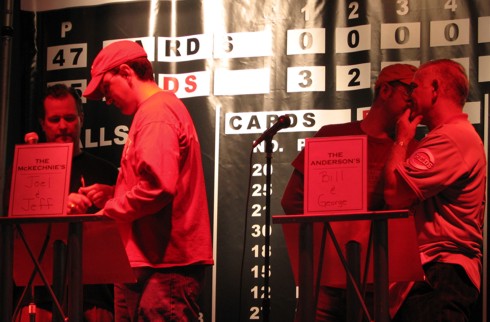 Reliever David Weathers and the Reds have agreed to a (reportedly) two-year, $5 million contract, pending a physical he was supposed to have taken today.