RHM is out of town–and state–for a work conference this week, leaving me and the little one to our own devices. So we headed down to Victory Field to take advantage of Dollar Menu Monday and see some baseball.

The Indianapolis Indians were hosting the Toledo Mud Hens. Former Cincinnati Red Phil Dumatrait started for Toledo, and was solid through 5 innings. He allowed just 1 run–the only run the Indians scored–on 4 hits and 2 walks with 3 strike outs, and it was enough to get the win, thanks to the Mud Hens’ offensive explosion against every pitcher the Pittsburgh Pirates AAA affiliate sent out.

Brad Lincoln had a quality start for the Indians, but his control wasn’t solid. He allowed 3 runs over 6 innings, allowing 5 hits and walking 2. Despite being the best pitcher the Indians ran out, his offense never appeared, and he was tagged with the loss.

I’d hoped to see some fireworks from the Pirates young hitting prospects Jose Tabata and Pedro Alvarez, but they were both limited to singles. 2 for Alvarez and 1 for Tabata. Alvarez did make a nice play in the shortstop position when the shift was on, though, to throw the batter out.

Victory Field is always a fun place to go, and this may be the first time that my son was put on the big screen there, doing some silly dance. Of course, he immediately went back to his DS game. As if there weren’t another game going on in front of him.

From just this one game, the Pirates top prospects, Tabata, Alvarez, and Lincoln, I guess, didn’t come off as anything special. I do look forward to seeing them more throughout the rest of the season. 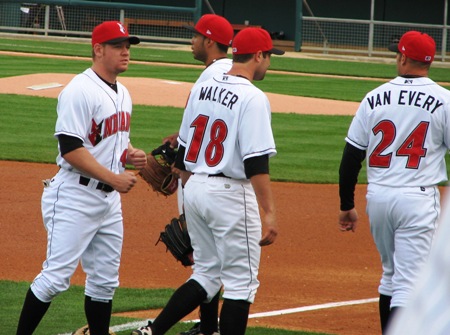 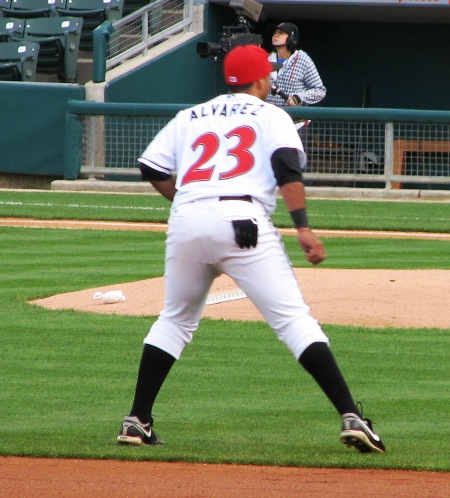 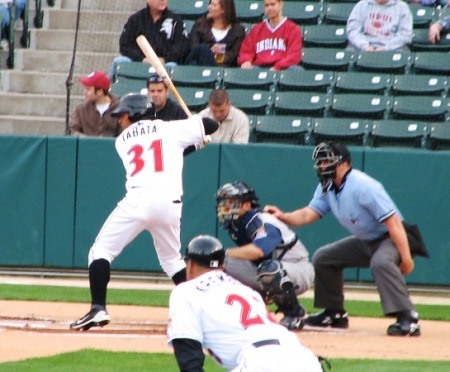 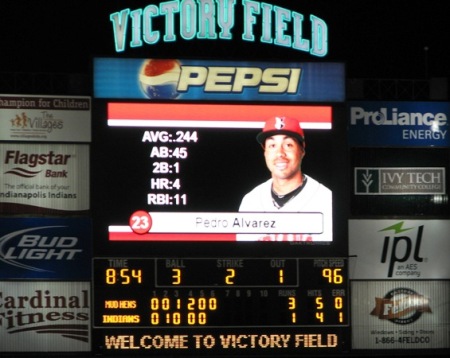 The Daily Brief: Time to Think about What You’ve Done

Last Game
Despite Jay Bruce coming out of his slump in a big way with 2 home runs, the Reds still lost. They ended up being swept by the lowly Pirates, and finished their first road trip of the year going 2-5. And yes, the 2 wins were from the first games of the trip.

Next Game
The Reds have today to think about how badly they’ve been performing. I imagine Dusty Baker will have everyone sitting in various corners of the locker room with dunce caps on their heads. Hopefully, those caps will be laced with the ability to not swing at every pitch, and everyone will be ready to have more patient approaches at the plate when they start a 3-game series at home against the Los Angeles Dodgers on Tuesday. Homer Bailey pitches for the Reds, while the Dodgers send out Chad Billingsley. 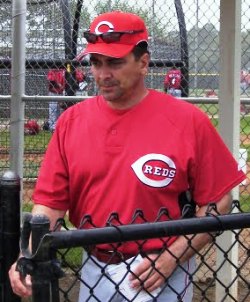 With the recent 5-game losing streak, rumblings are beginning concerning Dusty Baker being fired. Redleg Nation posted about it, and John Fay addressed it in a tweet. I wouldn’t get my hopes up yet. The Reds still simply owe him too much money and will want to see as much return on that investment as possible.

Despite my feelings on Baker’s poor managerial status, I do have to wonder why Brook Jacoby isn’t catching any flack. How long has the guy been with the team? Has anyone–other than Joey Votto, who we all know is intrinsically awesome–improved under Jacoby? Jay Bruce certainly hasn’t. This is a team that no longer has Adam Dunn, but somehow is managing to lead the majors in strikeouts. Methinks Jacoby’s seat might be smoking soon.

What to Say to Sound Smart at the Water Cooler
The Reds have been slightly better at home at Great American Ball Park than on the road. In the 7 seasons there, they have won 284, lost 289, and tied once. The last time they were at or above the .500 mark was at 219-219-1.

Posted in Cincinnati Reds, Daily Briefs, NL Central.
Comments Off on The Daily Brief: Time to Think about What You’ve Done