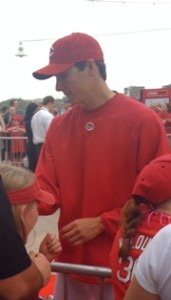 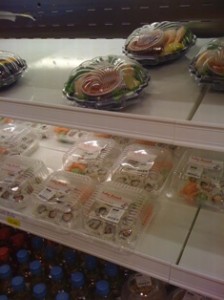 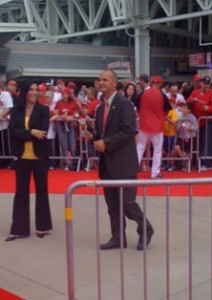 The Daily Brief: The First Win

Last Game
Bad-rroyo was nowhere to be seen as Bronson Arroyo lead the Reds to their first win of the season and avoided a sweep by the St. Louis Cardinals. He drove in a run, he struck out Pujols, and he smirked and furrowed his brow after getting hit in the right calf by a Colby Rasmus line drive. Jonny Gomes provided the baseball fireworks, with a walk-off rally-killer to win the game

Next Game
The Chicago Cubs travel to Cincinnati, fresh off losing a 3-game series to the Braves. Homer Bailey faces Carlo Silva at 7:10pm EDT.

Having Some Snuggie Fun
The Reds had entirely too much fun posing with the snuggie giveaway from Opening Night. Check out Nick Masset, Logan Ondrusek, Chris Dickerson, and Micah Owings mugging for the camera with the blankets with sleeves here.

What to Say to Sound Smart at the Water Cooler
Ryan Hanigan started his first game of the year, catching for Bronson Arroyo. Hanigan caught the majority of Arroyo’s starts last year, 24 of 33.