Our man Joey Votto was out of the game tonight with a stiff neck…apparently tired from being head and shoulders above everyone else.

Even so, we can take a quick moment to look at the Votto movement on Facebook:

Today was also the Vote Votto Lunch. Upped Votto’s vote count by a couple thousand, eating into Pujols’ 500,000-some thousand lead. If you didn’t join in today, it’s going on again next Wednesday. See if you can have a couple hundred votes already in by then. 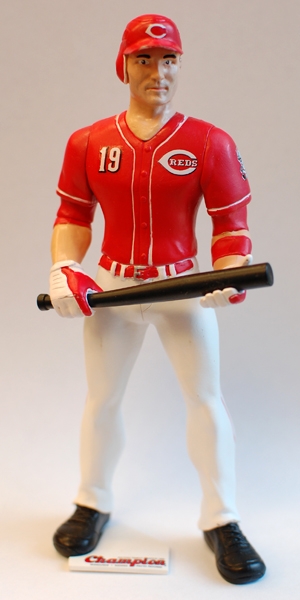 
“No one asked my opinion,” Bailey said. “I can understand missing one start. But I’m not a doctor.” 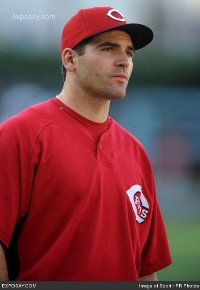 Dammit, I’m sick of the Reds’ All-Star reps being limited to those required by the rules. This ain’t NCAA and ain’t no one asking for Title IX.

Especially when Cincinnati has a legit All-Star in our midst. Joey Votto leads all NL first basemen in:

Plus, for an extra bonus, he’s tied for the lead in:

So thus begins the campaign to elect Joey Votto onto the starting line-up for the All-Star Game in July. There’s still over a month of voting left, but we’re going to have to start now if we want to dethrone “Prince Albert.”

Don’t worry if you forget to uncheck the “Send me a bunch of MLB spam” box one of the 25 times you vote; they’re going to send you the crap either way.

After you vote, grab the badge on the right and use it with pride, and tell your friends.