This here’s a picture of the Reds who actually lined up for the national anthem at the Tweet Up game on Friday: 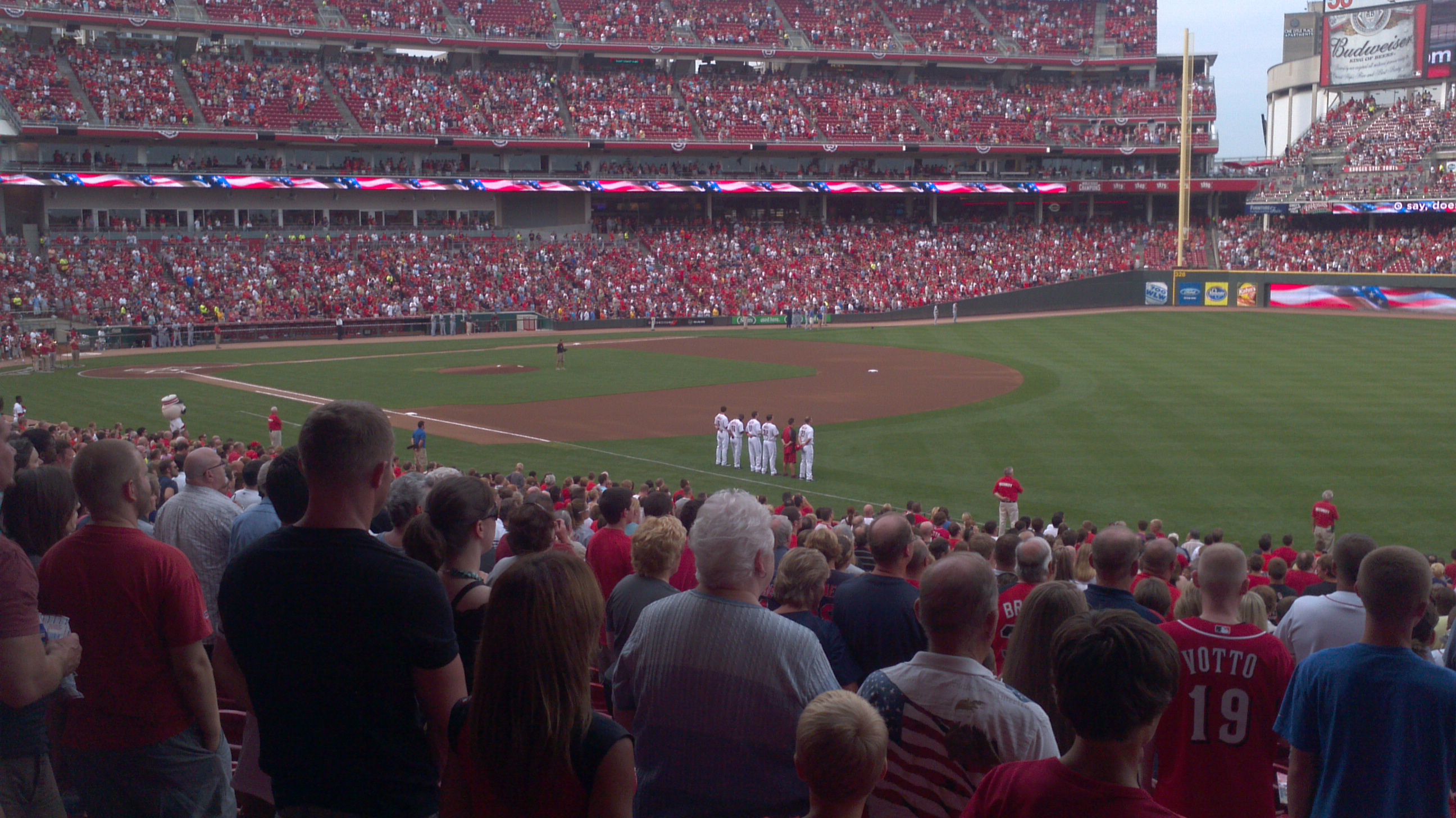 Back in the depths of the Reds crapitude, maybe in the Miley era, I remember someone making a big stink about how the troops were defending our country and how the least the team could do was be out there for the anthem, and then suddenly everyone was out there every day.

Clearly, that’s worn off (the degree to which the crapitude has worn off is up for debate).

Not sure if you can tell from the photo, but one of the few who did show up is Joey Votto. It’s not even his flag. His country doesn’t even have an Independence Day, for crying out loud. I realize it’s not the home flag for many of the players, but none of the others showed up on Friday, so they don’t get props. I bet we’ll be seeing more of them today, though.

Posted in Random Ramblings.
Comments Off on Baseball and Apple Pie