Nothing to See Here; Move Along

Remember when Albert Pujols went on the 15-day disabled list with a wrist fracture? He was activated today on his first day of eligibility.

From the Cincinnati Enquirer:

Reds manager Dusty Baker said he thought Pujols might be back early.

“I didn’t think it was going to take as long as they said originally, knowing Albert,” Baker said. “With modern medicine, and he’s probably working on it around the clock, no it doesn’t really surprise me.”

What does Pujols have to say about his quick recovery?

“Does it surprise you?” the star first baseman asked. “It doesn’t surprise me. A lot of people praying for me and I believe all the prayers are being answered.”

Well, that settles it. God is a Cardinals fan.

We’re re-watching all the Harry Potter movies leading up to the final chapter coming out in a couple weeks, so we didn’t catch the game tonight. No big deal. It was a rerun anyway. 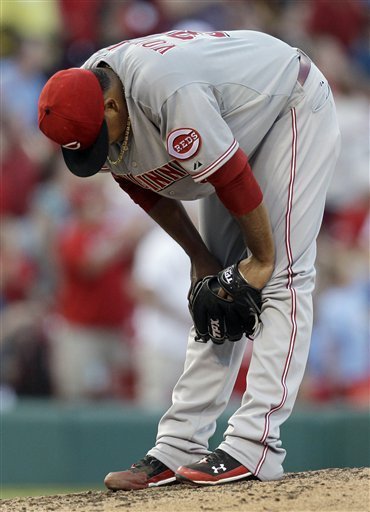 If you missed it, they’ll be playing this episode again tomorrow at 8:15 p.m. EDT.