Parachuters over The Vic

We headed down to Victory Field in downtown Indianapolis tonight to take in a few innings of the Indians hosting the Louisville Bats and make a dinner out of ballpark food. They’ve got some pretty darn good food there, too. I recommend the rib sandwich.

Artery clogging aside, this is the view we were treated to when we first walked in to the stadium and looked straight up: 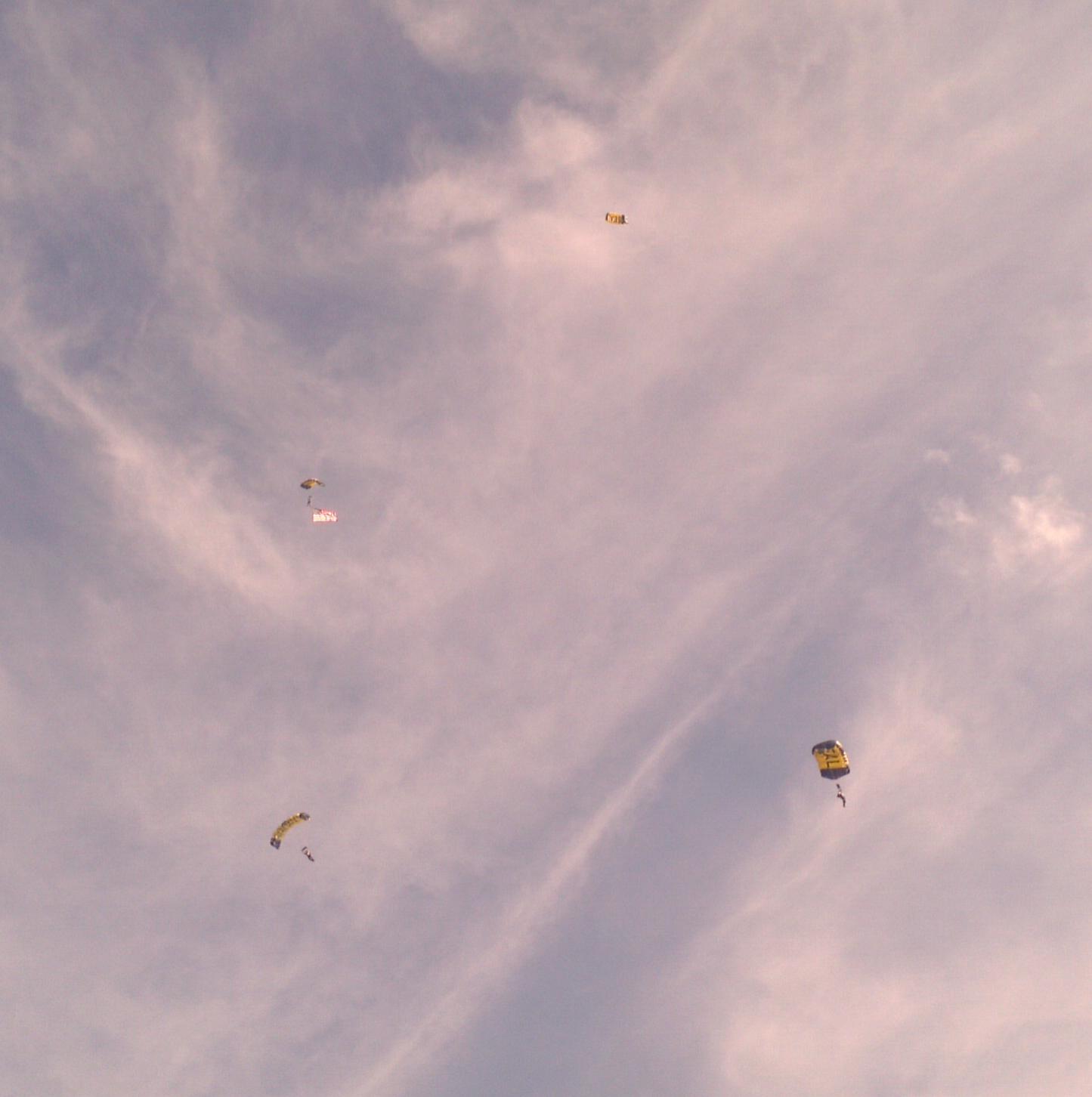 Later on we got a somewhat less rare view of Juan Francisco slapping one out of the park, and no joke, it was a slap. He hardly looked like he was trying. But the Crack Photography Staff has that photo, so I’ll let him tell the story.

Posted in Random Ramblings.
Comments Off on Parachuters over The Vic