Happy new year. Be careful out there, and enjoy the holiday.

When I'm at the movies watching a love scene
And a lady's hat is blocking half the screen
I resolve not to shout, “Take off that hat!”
I'll remove it gently with a baseball bat.
This is my New Year's Resolution.

When I take a lovely lady out to eat
And she orders caviar instead of meat
I resolve to let the lady have her fill.
And of course I'll also let her pay the bill.
This is my New Year's Resolution.

When I'm sitting with my wifey on a bus
And a dear old lady stands in front of us
I resolve to be a gentleman discreet.
I'll politely offer her my wifey's seat.
This is my New Year's Resolution.

When my mother says, “Come in, it's time to eat.”
And I keep on playing games out in the street
I resolve to rush right home now when I'm called
Cause my pop just got a hairbrush and he's bald.
This is my New Year's Resolution.

On the radio this year I hope to score
With some funny jokes you've never heard before.
I resolve not to tell a corny joke.
Hello, what's that? The church burned down? Holy smoke!
This is my New Year's Resolution.

In this coming year I'm going to be discreet.
Have the Slicker's playing music soft and sweet.
I resolve to treat Tchaikovsky tenderly
And set his second movement with TNT.
This is my New Year's Resolution.

Posted in Random Ramblings.
Comments Off on Happy New Year, Everyone!

The AP reports that the murder trial for Reginald Riddle, implicated in the 2003 death of Reds prospect Dernell Stenson, is set to begin next week. The state and the defense have been meeting to resolve the case with a plea agreement.

I imagine we'll all be following this with intense interest.

Posted in Random Ramblings.
Comments Off on Stenson Murder Trial Begins Next Week 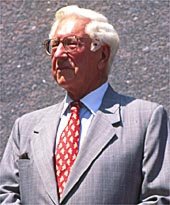 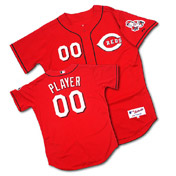 Are you new to Reds fandom and don't know which jersey to buy?
Are you one of those poor fellows who walks around in a nameless jersey, like some kind of anonymous loser?
Are you bored with the lack of Reds news and think that even stale, hackneyed jokes about your favorite players would be a worthwhile investment of 10 minutes?

If you answered yes to any of these questions, then you, my friend, are in luck. Today, thanks to the tireless effort of my crack technical staff, I am able to present to you the Reds Jersey Quiz.

This highly scientific quiz deeply analyzes your answers to ten questions about yourself and matches you up with your perfect jersey match. Before you invest $200 in a shirt with someone else's name on it, you owe it to yourself to make sure it's the right one. Take your quiz today.

Posted in Fun Stuff.
Comments Off on Reds Jersey Quiz

Valentín Tears Up Puerto Rico; Randa to the Pirates

According to Rotoworld, via GP at The Cincinnati Reds Report! (who received an invitation from me to drop a link to himself in my comments, and then proceeded to do so on every other Reds blog except mine--but I'm not bitter), Javier Valentín is tearing it up in the Puerto Rican league.

I'm not surprised. Well, yes I am. But mostly because I didn't realize Javy was playing anywhere this offseason. May he keep it up.

Also, according to our good friend Pat (who did visit RHM when invited. Hrumph!) at Where Have You Gone Andy Van Slyke? the Pirates have signed Joe Randa to a 1-year, $4 million contract. It's nice to know that Casey will have a friend there, at least until the trade deadline.

Posted in Random Ramblings.
Comments Off on Valentín Tears Up Puerto Rico; Randa to the Pirates