You Can’t Fire the Whole Team

The big news today is that the Reds have reached the 8-game mark in their titanic losing streak. But did you know that the win that preceded this losing streak was the same win that broke their previous 6-game losing streak? In fact, the Reds haven’t had two wins in a row since July 1 and 2, which was broken up by the same loss that was their last one-loss-in-a-row on July 3.

All this gets to be a little difficult for me to visualize, and even the calendar on Reds.com doesn’t bring it to life, so I added a little color to make it easier to see the wins and losses over the last four and a half weeks: 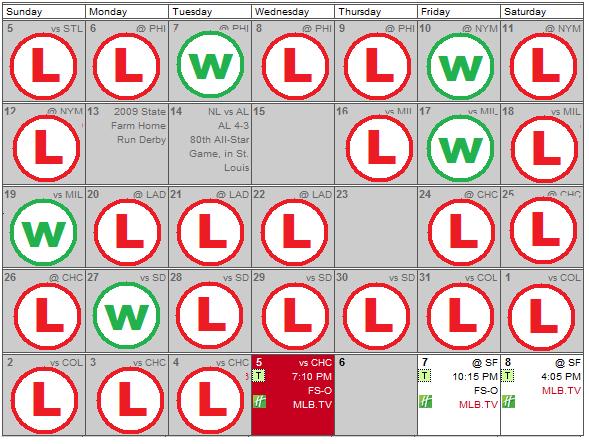 This demonstrates not just how horribly ineffective the Reds have been in the last month, but also that they’ve only recently dug themselves into this hole. 5 for their last 27 and only 12.5 games back. It’s a long shot, but it’s not impossible for the team to come back, given a little shake-up. I recommend removing the guy who doesn’t realize that low OBP at the top of the line-up are the reason Joey Votto came to the plate facing empty bases all night last night.

Posted in Random Ramblings.
Comments Off on You Can’t Fire the Whole Team 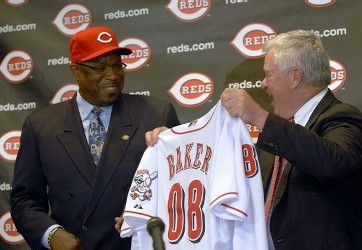