Why I Miss Steve Stewart

On the drive home from work today, I tuned into 700 WLW to catch the end of the game between the Cincinnati Reds and the Kansas City Royals. Unfortunately, contrary to the musical tagline, the Reds were not on the radio.

I fired up the MLB At Bat 2011 app on my iPhone in the off chance that the Royals had a feed available, and they did. As I listened, the broadcaster’s voice sounded familiar. Why, yes, that’s Steve Stewart, the broadcaster the Reds hired to fill in for Joe Nuxhall.

I always enjoyed him; he always had one good punny moment each broadcast. But the game was already in the 7th. Surely I’d missed the Steve Stewart-ism.

Devin Mesoraco stepped into the batter’s box. Stewart announced him and said, “If Mesoraco ever has a son and names him after Rocco Baldelli, he’ll be Rocco Mesoraco.” 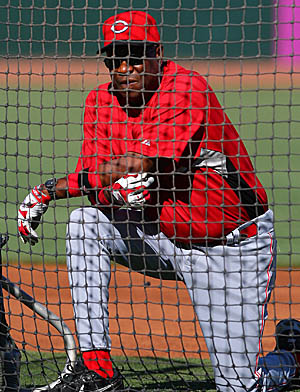