Reds transactions not gettin’ it done

On Monday, the Reds put Aroldis Chapman on the 15-day disabled list (well, there’s a big duh) with inflammation in his left shoulder, and replaced him by recalling Jordan Smith. A day later, they optioned third baseman Juan Francisco to AAA Louisville.

Chapman and Francisco, it turns out, were not the problem, as the Reds extended their losing streak to five tonight, getting swept by both the Pittsburgh Pirates and the Cleveland Indians. At least not the whole problem. They also sat Jonny Gomes today to try to get his mohawked head together, but that didn’t do it either.

Posted in Cincinnati Reds, Wheeling and Dealing.
Comments Off on Reds transactions not gettin’ it done

Less than three weeks to go until Blog Jog 2011, and we’ve just hit the two mile mark in one of our training sessions. Of course, I walked more than I ran of that, but you take your victories where you can get them. Just one more mile to get to full 5k scope. 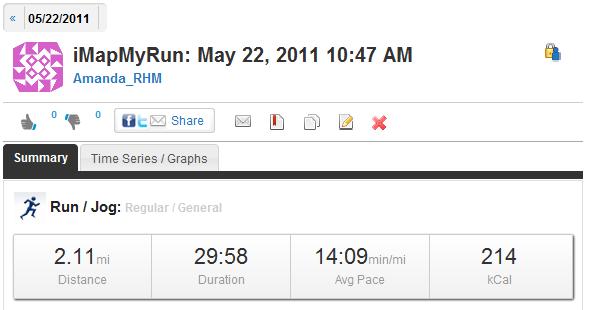 I’ve done entirely too much talking about this training regimen lately, but on weeks like these, when the team feels the need to counteract its five-game win streak, it’s nice to have something else to talk about for a minute.

If you, too, think this might be a fun diversion (though heaven help us if we’re still needing it in three weeks), you can jog, too. Go to http://reds.com/5k to register for the Redlegs Run, then email [email protected] to say you’ll be at the Blog Jog events before and/or after the run. You have to pay to be in the run, but you don’t have to pay any extra to hang with the blogging community. Cuz that’s just how we roll.