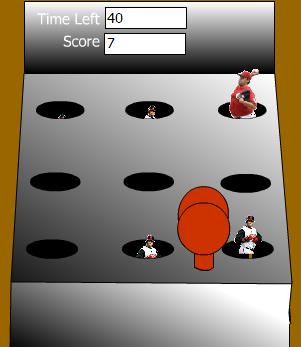 The Reds are playing the Cubs, and thanks to the Cubs being in a nasty slump, the series is tied 1-1. Seems like a fun time to get out the old Whack-a-Cub game and blow the dust off the Zambrano mallet. The Reds could have used this earlier tonight. 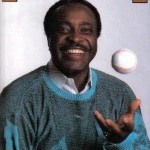 The Most Inspiring Story from Pittsburgh Since…

I saw this story on Deadspin and I had to link to it. It’s probably the most inspiring baseball story to come out of the Pittsburgh area since who knows when. A very moving story.

Lots of amazing quotes from the kid who’s the focus of the story. He has insight that most adults never achieve. My favorite is this:

A situation is what you make of it. Not what it makes of you.

You should read it for yourself.

Posted in NL Central, Pittsburgh Pirates.
Comments Off on The Most Inspiring Story from Pittsburgh Since…

Albert Pujols somehow turned a typical ground-out into the go-ahead run for the Cardinals (21-12). Pujols was on second base when Rick Ankiel hit a ground-ball to second. I don’t know if it’s Tony LaRussa or Pujols who’s prescient, but by the time the Rockies (12-20) second baseman fielded the ball, Pujols was at third. He scored in a very close play at home.

That gave the vulture win to Randy Flores (1-0), who had earlier blown a Cardinals lead, and Jason Isringhausen (S 11) got the save. Brian Fuentes (0-2) got the loss.

Thanks to the Cubs loss, the Cardinals now have a 2.5 game lead in first. This game further illustrates my confusion about the Cardinals. Overall, they don’t look like a good team to me, yet they keep winning. And was the win today an example of a team being incredibly lucky with everything bouncing their way? Or the mark of a team that has everything together and one that could win the pennant? This month should shed some light on that, as the Cardinals play more road games.

The Cardinals go for the win tonight, sending out Braden Looper to face Mark Redman at 8:35pm EDT.

The Reds (13-20) celebrated Cinco de Mayo by scoring 5 runs and ending their 5-game losing streak. Thanks to the Cubs (18-14) and their recent ineffectiveness. It’s one thing to lose to the Cardinals, but I think it’s something entirely different to lose to this Reds team.

Johnny Cueto (2-3) bounced back nicely from his previous terrible start, going 6 innings, striking out 8 and allowing 3 runs. His opponent, Ryan Dempster (4-1) didn’t do nearly as well. Actually, that’s not entirely true. Dempster worked 6 scoreless innings, but thanks to some shoddy defense, allowed 5 unearned runs for the loss.

David Weathers returned from the disabled list and was effective as the 8th-inning set-up man. And Francisco Cordero (S 5) remains perfect in save opportunities, although I’ll never know how he didn’t allow any runs with the Jason Isringhausen shenanigans he was pulling in the ninth.

Regardless, a win is the win, and the Reds desperately needed one. The Reds have a chance to make it two in a row and to make the Cubs worry a bit more tonight when they send Aaron Harang out against Carlos Zambrano at 7:10pm EDT.