I had started writing a post about how the Reds’ sweep of the Astros only increases the mediocrity of the NLC, slightly pulling down those somewhat better than them to pull themselves slightly upward.

But damn, that’s grizzled. I’d like to think that we have seen enough grizzled by now and shot right by it into vague amusement at the ridiculousness of it all. 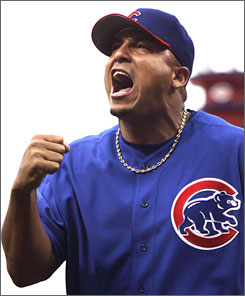 So, instead, I’ll share this quote from the Chicago Tribune, sent to me via Yardbarker:

“Despite the fact that Zambrano has a full no-trade clause, the Cubs plan on shopping him this off-season, sources said, believing he’ll waive the clause to go to the right team, as Jake Peavy eventually did when the Padres consummated a deal this summer with the White Sox.” – Chicago Tribune columnist Paul Sullivan

It’s a shame this couldn’t have happened last year; I would have liked to have seen him on the Brewers with Prince Fielder and C.C. Sabathia.

Hal McCoy, the Reds beat writer for the Dayton Daily News, is retiring after 37 years on the job. Well, whether he’s truly “retiring” in the strictest sense of the word is a matter of some debate, but that’s a another matter.

Tonight the Reds are honoring McCoy at the Ball Park, and some are sharing their favorite McCoy stories.

My favorite (only) Hal McCoy story is the time my family and I ran into him in a hotel lobby in Cancún, México. He and his wife were checking out after a disappointing trip–it had rained the whole time–while we were checking in for three days of beautiful weather. Too bad the subject matter of his career isn’t as promising on his way out.

Posted in Random Ramblings.
Comments Off on Hal McCoy Day

From an email that MLB sent me:

As a Reds fan, it’s a chance you won’t want to miss.

Hometown hero Aaron Harang is one of 30 nominees for the 2009 Roberto Clemente Award presented by Chevy, honoring the legacy of baseball’s most recognized humanitarians.

Here’s your chance to recognize Aaron for his efforts on and off the field, sharing Chevy’s commitment to improving our communities. Just for voting, you could win

* A VIP trip for 4 to the World Series
* Game tickets, airfare & lodging
* Participation in the pregame Clemente ceremony
* A chance to meet the Award winner and the Clemente family

We thank you for participating in this important award and invite you to see our own award-winning roster of cars, trucks, crossovers and SUVs.

Personally, I’ve entered dozens of these contests and have yet to win a single one, but voting for Harang is something that I can get behind, regardless of whether I have a snowball’s chance in Hades of winning anything myself.

Posted in Random Ramblings.
Comments Off on Vote for Harang

Reds May be Opening 2010 Against the Defending World Champs

Of course, we don’t have any particular reason to think that the Cardinals will win it all, but if anyone from the NLC is going to do it…besides, it makes opening day sound all the more difficult to get tickets to.

So, the Reds released their 2010 schedule today. Features beyond Opening Day include an interleague west coast trip, where they’ll go up against the Mariners, as well as 5 weekend series against the Cubs, which is, of course, great for ticket sales, but a pain in the ass for Reds fans.

Check it out for yourself on Reds.com.

When the team’s eliminated from the division, but the players are actually not sucking *all* the time, you might as well head out to the ball park to take in some of the wacky fun cooked up for you by the team’s crack marketing staff. 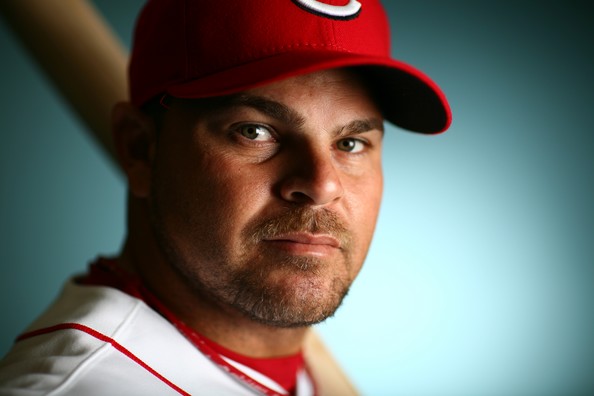 Case in point: September 19 is Hispanic Heritage night, Mascot Wiffle Ball, AND a free visor and/or cap! From the website:

It will be the perfect day to commemorate the contributions of the Latin Love Machine, Javier Valentín. Where would the team be right now if not for the mojo contributed by his mustache?