Setting the roster at the last minute

After initially announcing that the playoff roster would be set on Friday, the Cincinnati Reds changed their mind and didn’t announce it until a few hours before tonight’s game.

The players who didn’t make it aren’t a surprise. Devin Mesoraco, Mike Leake, and Logan Ondrusek were all left off.

Posted in Cincinnati Reds, NL Central, Wheeling and Dealing.
Comments Off on Setting the roster at the last minute 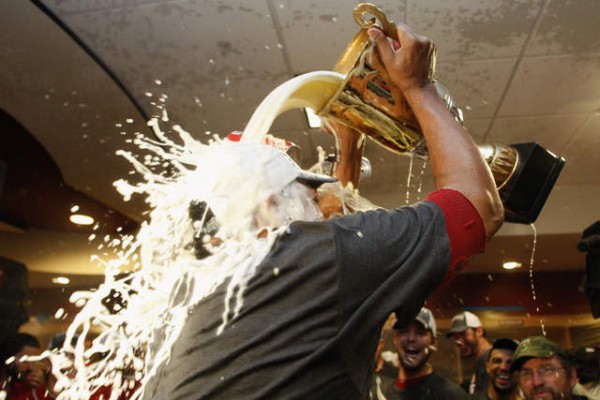 Alfredo Simon celebrates the Reds’ winning of the 2012 National League Central division by dousing himself from the pine cup.

On the night the Cincinnati Reds clinched the National League Central division, you may have seen some images of players with a brass cup during the celebration, including Alfredo Simon and Bronson Arroyo. Everyone was gathered around it at some point. 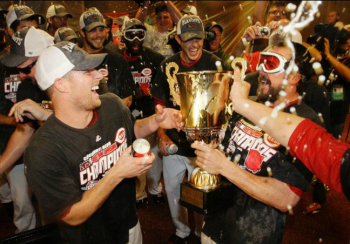 At first, I thought it was an official trophy for winning first place. While I didn’t remember ever seeing anything like that in past years, I assumed it was something new. Until yesterday’s article from Mark Sheldon about the cup. The cup is the player’s own invention and sprung from not winning the Ohio Cup against the Cleveland Indians.

“A couple of us came up with the idea of having a cup for every series.”

And from that, an imaginary cup for each series was created.

In Chicago, it was called the “Windy City Cup.” In Philadelphia, players battled for the “Cheesesteak Cup.” A series against St. Louis was the “Gateway Cup.”

Eventually, though, the players wanted a physical object. Rookie catcher Devin Mesoraco went searching for one.

Mesoraco found the trophy at an antique shop in Bellevue, Ky., and snagged it for $50. “I just went in and it was sitting right there and it took me two minutes to pick it out,” Mesoraco said.

When Mesoraco returned to Great American Ball Park with his find, he deposited in the locker of the guy who started the idea — Ludwick.

The base of the award reads “Pine Cup,” which means nothing to anybody. But whatever it was called, now the Reds had something to really play for.

And play they did. The baseball season is a long marathon, and motivation can sometimes be hard to come by. The cup has certainly helped. Hopefully, it can help long enough to get a real trophy. Seeing all the players on the field around the World Series trophy would be so much more awesome. 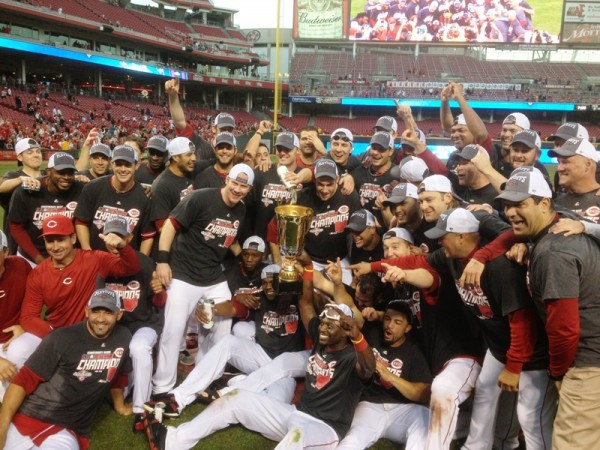