Watching the Reds’ idiotically tape-delayed game (what, are they affraid someone is going to swear for an hour and the station will be fined?) I heard someone mention the Island Noodles in the ball park, and I remembered that I took a photo while I was down there.

This booth was in every park I went to *except* the Reds’. Maybe that’s why Reds attendance was also the lowest of everyplace we went. 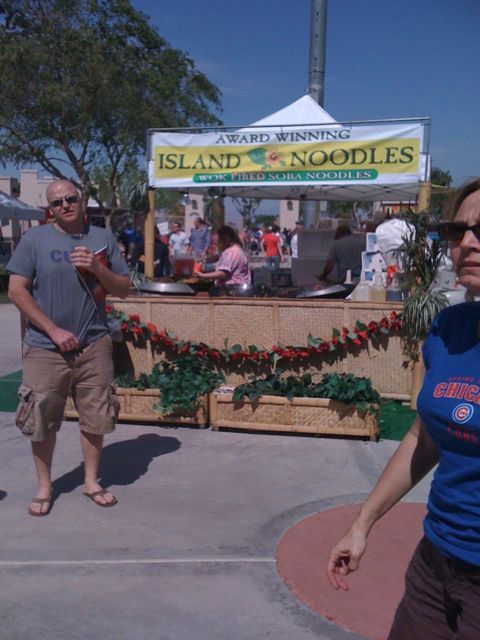 See the Reds on TV today at 5

Just a quick note this morning to let you know that the Reds/Giants game will be on the MLB Network today at 5 p.m. It’ll be the Giants’ feed, but still.

Update: The CTS says the game is on at 4 p.m. EDT. Don’t know if they messed up the conversion since AZ isn’t on daylight time, or whether the source he read is off. Guess I’ll find out this afternoon.

Posted in Random Ramblings.
Comments Off on See the Reds on TV today at 5