On the last day of our trip we finally get to see Goodyear Ball Park where the Reds are based, along with the Indians. It’s the nicest park we’ve visited IMO. With no upper deck, it really captures the vast flat feel of AZ and there is lots of fun stuff for the kids to do. Also, George Foster is here…he’s following us! 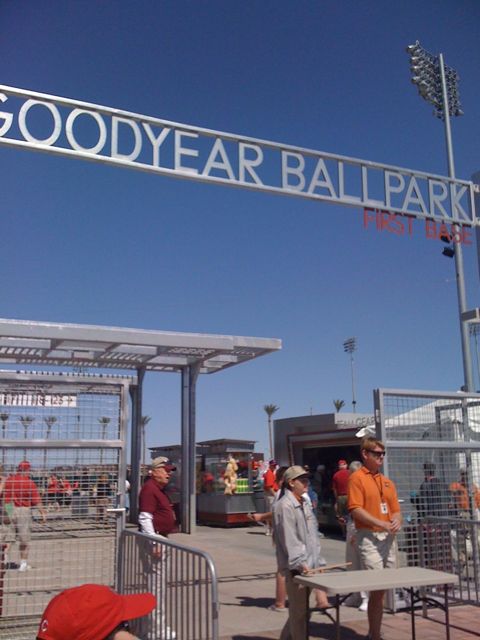 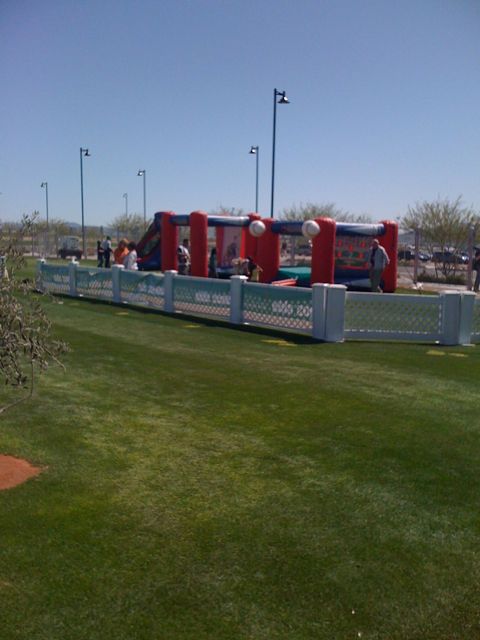 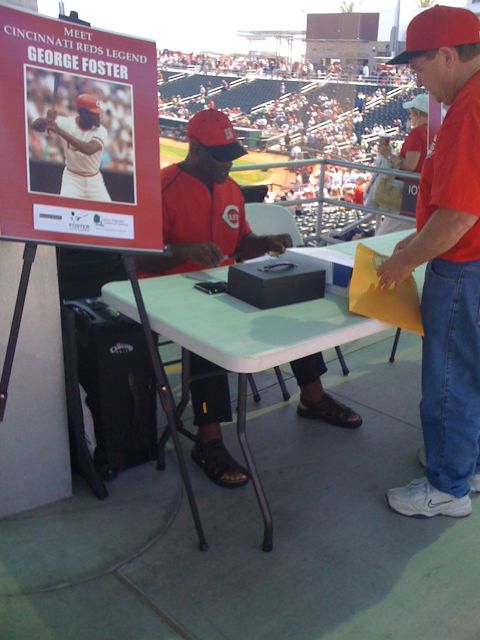 The Cincinnati Reds made their first trip ever to HoHoKam Stadium to face the Chicago Cubs Saturday. Although they brought plenty of duffel bags, the Reds encountered a shortage of strikes in the 2nd half of the game.

Things started well for the Reds, with Homer Bailey throwing 3 innings of 1 run ball. Bailey struck out 2 and walked none.

After Juan Francisco hit his 2nd home run of the game, a 2-run shot thanks to Brandon Phillips clogging the bases, Bailey was in line to get the win.

That lasted for one inning. Then Micah Owings fell apart in his 2nd inning of work, allowing the Cubs to tie the game with a 3 run 5th.

Cincinnati next sent out Jon Adkins, who did nothing to out his name in the mix for a relief spot. Adkins threw gasoline on the fire and allowed 5 earned runs in 1 inning. It was ugly.

The good news is that Bailey looked fairly sharp. Hopefully, he’ll pick up right where he left off last year. Owings wasn’t, but I’m still not convinced he’s best used as a pitcher. Also, Juan Francisco is a powerful, powerful man. Is he Wily Mo Peña redux, or will he be able to become a more complete player? I don’t know, but I look forward to finding out.