I’m still amazed when people say, without a hint of irony, that they think that Dusty Baker is the best manager in the league. Personally, I think Baker is a hell of a human being but one seriously shitty manager, and I can list off the specific reasons why I think so:

However, in this interminable spring training, I don’t get the resolution to see how his in-game decisions are screwing the team, and none of the pitchers have really had the chance to get hurt yet. In three games, I saw Brandon Phillips take TWO walks, and Dusty hasn’t made any infuriating public comments on the matter in the longest time.

That leaves the veteran love. I contend that the team has managed not to stock the team with old farts, and thereby set Baker up for better success than he would have otherwise had. On the other hand Red Reporter points out that the team isn’t exactly the 2003 Florida Marlins. Either way, there aren’t any frustrating platoons being proposed and the blockers number few.

So, the only thing left to keep my anti-Baker ire up is the line-up thing, which is–wow–so stupid, but only a fraction of the stupid that I’m used to.

I understand some analysts are picking the team as the sleeper despite their uninspiring cactus league performance, which might put some pressure on the team to actually perform and not just turn in the same losing season we’ve seen for so many years in a row now that I’ve lost count.

But even if the team is slow out of the gate, I’ve got that sinking feeling that they’ll find some injury or weather condition or phase of the moon to blame it on and extend Baker’s contract. If the team gets off to a hot start, I’m afraid we’ll be stuck with him until the Cubs win it all.

The Cincinnati Reds (9-14-2) continued to lose, but managed to not make it so close this time. Instead of a 1-run deficit at the end of the game, the Reds lost by 7. Way to go, guys!

The Reds had a bullpen day, using 7 pitchers over the course of 8 innings. Carlos Fisher, who’s still battling for a bullpen slot, started and most likely pitched his way off of the Opening Day roster. He was a slim chance anyway, but giving up 3 runs in 1 2/3 innings is not a good way to compete.

Arthur Rhodes, Justin Lehr, and Jared Burton all pitched scoreless innings. They were followed by two other pitchers on the roster bubble, who, like Fisher, likely punched their tickets for the minors. Kip Wells allowed 2 runs in his sole inning, while Matt Maloney took that and added 1 to it, allowing 3 in his inning of work.

Joey Votto continues to hit for the Reds, picking up 2 more hits and bringing his not out percentage up to 40.7%. The Reds lone run came in the 5th when Ramon Hernandez scored on a groundout by Orlando Cabrera. Small-ball for the loss!

The Daily Brief: Losing By 1

Last Game
Over the weekend, the Reds lost every game they played by 1 run. On Sunday, Bronson Arroyo started against the San Diego Padres. Arroyo was good, allowing 2 runs in 6 innings, but the offense managed only 1 run thanks to an RBI single from Wladimir Balentien.

Next Game
Today the Reds again travel to Mesa, Arizona to battle the Chicago Cubs. The Reds will be having a bullpen day, with Carlos Fisher leading the way, followed by Justin Lehr, Jared Burton, Kip Wells, Matt Maloney, and Arthur Rhodes. Game-time is 4:05 pm EDT.

Aroldis Chapman Feeling Better
If you noticed the faint sound of what appeared to be thousands of joints popping yesterday afternoon, that was probably most of Reds fandom moving their fingers again after having them crossed since Chapman had back issues. Chapman pitched for 1 inning in a AAA game, allowing 1 hit and striking out 2. Afterward, he said, “I feel like I did before, good, really good” which makes everyone who hadn’t crossed their fingers expel a breath they didn’t realize they’d been holding.

What to Say to Sound Smart at the Water Cooler
The Reds have 40 players on their active roster and will need to reduce that by 15 before the season starts on April 5. Dusty Baker said no cuts will be made until after a game in Las Vegas on March 31.

Have you ever found yourself in a crowd of people who all seem to be on the same wavelength–and it’s a completely different wavelength than the one you’re on? Like maybe you wandered in on a screening of The Royal Tenenbaums at a weird-movie fan convention and found yourself staring around suspiciously, wondering whether the people actually found it funny or were all in on some massive psychology experiment to see if, under these conditions, they could get a test subject (you) to laugh at something not resembling comedy.

That’s a little how I feel when I read Play That Funky Baseball, the site where everyone seems to always be in character. I’m the hapless manager of the pretend 1977 Reds. My Reds are currently 7-7, which has me on the defensive. If this turns out to be a set up to see how women bloggers respond to public humiliation when their ringer teams only achieve fifth place, my wrath will be significant. And delayed until after my MBA is done. But those damn psychologists better be watching their asses in May of 2011.

Here’s the NL standings for the moment. I’m confident the “dice” that are deciding who wins these games will be realizing what’s good for them before it’s over.

Posted in Random Ramblings.
Comments Off on Pretend 1977 Season Update 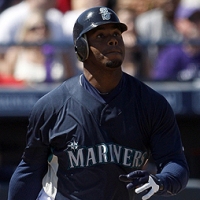