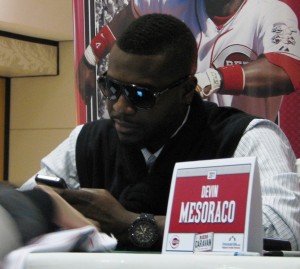 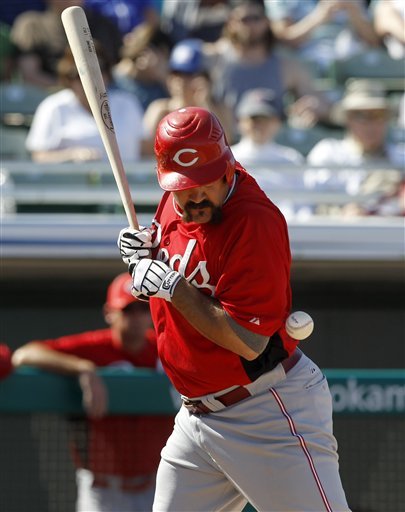 Someone hit Corky Miller? The only possible explanation is that his ‘stache has its own gravitational pull.
Posted in Cincinnati Reds, NL Central, Pretend Captions, Spring Training.
1 Comment