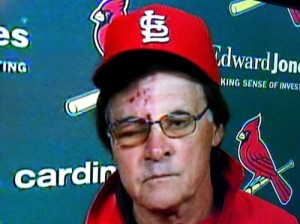 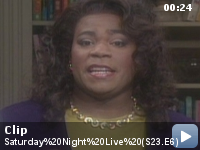 The Reds seemed to be on a roll after winning the last two games against the Giants but some shaky pitching punctuated by a very amateurish error in right field ended this one in a loss.

Bronson Arroyo was the starting pitcher for the Reds and his line is better than his performance felt at the time. In 6.0 innings, he allowed 2 runs (earned) on 7 hits and 2 walks. Logan Ondrusek came in for the seventh and gave up a run on a hit and a walk. Sean Marshall put in a no run, 2-hit eighth, and then the Reds tied it up, necessitating a ninth inning man.

It’s easy to blame the loss on what happened next, but let’s not forget that the top-of-the-inning rally was rolling along with no outs. Shockingly, Ryan Hanigan struck out. Then not shockingly, Wilson Valdez struck out. A Zack Cozart line-out left the bases loaded and the rally flat.

Jose Arredondo was the ninth inning man. He promptly got Ryan Theriot to ground out and Melky Cabrera to strike out. But then Buster Posey hit an automatic double, and after an intentional walk to Pablo Sandoval, Angel Pagan sent a high fly ball to right field. Jay Bruce ran back for it and hovered around the warning track, but then the ball dropped just behind him. Turns out he thought he was at the wall when he was actually still a few feet away. That’s what the warning track is for, buddy.

But frankly, even if he’d caught it, it wasn’t like a win would have automatically come with it. It just would have sent the tied game into extras, which are notoriously hard to win on the road. In spite of Bruce’s level of embarrassment, it may be better in the long run that the guys to just got on with their get-away day.

The bases did clear briefly in the sixth inning when Giants’ pitcher Ryan Vogelsong took exception to an inside pitch while he was bunting and decided to go talk it over with Arroyo on the mound. The play-by-play on Reds.com calls it an “on-field delay,” which is about right. Not too much interesting happened and it was over shortly.

Joey Votto wasn’t available yesterday, having inflammation in his knee, and that was really apparent when Miguel Cairo batted for himself in the top of the ninth. He actually got a hit, though, and brought in the tying run.

It was Todd Frazier who was the offensive star, though. Between the time the line-up card was made and the time the team actually took the field, Scott Rolen was scratched with back spasms and Frazier got the start-not-start. He went 2-for-3 with a walk and 2 of the Reds’ 3 RBI.

Ryan Ludwick had a pretty good night, going 3-for-4 with a run scored. The other hit belonged to Bruce who also scored a run.

Last Game
The Reds lost a heartbreaker to the Giants last night, 3-4. They’d tied it up in the top of the inning, but the Giants pushed the winning run across with two outs in the bottom of the ninth. Jay Bruce apparently thought he was at the wall when he was really a few feet away, causing him to badly misplay the high fly ball that he ought to have caught easily. It wasn’t exactly an all-star play.

The loss earned the Reds a 2-2 split in the 4-game series against the Giants. It was better than I expected.

Next Game
The Reds head to LA to take on the Dodgers. Homer Bailey (5-6, 4.42 ERA) takes on Chad Billingsley (4-7, 4.18 ERA). Both pitchers are coming off rough outings, but Votto is day-to-day with inflammation in his knee, so I’d put Billingsley at the advantage. First pitch at 10:10 p.m.

Obviously snubbed are Brandon Phillips and Johnny Cueto. Cueto wouldn’t have been eligible to pitch anyway, which is the excuse La Russa gave for not choosing him. You know…in the proud tradition of only sending the players who are likely to play to the All-Star game.

What to Say to Sound Smart at the Water Cooler
Votto is the first Reds player to be voted in as a starter to the All-Star Game since Ken Griffey, Jr. in 2007.