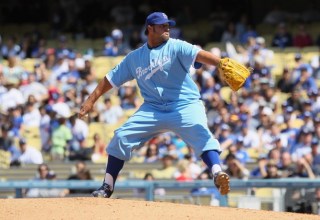 As was discussed here leading up to the non-waiver trading deadline, the Cincinnati Reds traded for Kansas City Royals’ closer Jonathan Broxton. The team has now made it official.

The team made several corresponding moves. Bill Bray was placed on the disabled list with a back injury. With a 5.19 ERA in just 8 2/3 innings this season, he could be one of those guys placed on the DL for a case of inflated ERA. Regardless, Broxton is clearly better than Bray.

Todd Redmond was called up to take Bray’s spot. This was likely to have happened without the trading deadline, considering how over-worked the bullpen has been the last couple games. Broxton will not arrive until tomorrow, so I would expect Redmond to be in the majors for one day. Again. I think this will be his third time to have that happen.

The final move was to designate Andrew Brackman for assignment. This move wasn’t necessary to make room for Broxton since one of the guys he was traded for–I believe Joseph–was on the 40 man roster. Trading him opens room for Broxton. However, with catcher Devin Mesoraco facing a suspension and Ryan Hanigan being the only catcher on the 40-man, I imagine this is a pre-emptive step to make room when backup catcher extraordinaire Corky Miller needs to be called up.

A flurry of transactions at the deadline, but just the one trade. It’s surprising to see the Reds strengthen an area that’s already so strong, but there’s always room for improvement. As mentioned, Broxton is better than Bray, and he’s arguably better than Logan Ondrusek and Jose Arredondo.

The price for a 2-month rental seems high, but now the Reds have 3 guys with closer experience: Broxton, Aroldis Chapman, and Sean Marshall. It may be unlikely, but in the back of my mind, I can’t help but wonder if this move might strengthen the starting rotation. Does this allow Chapman to move back into the starting rotation?