The Cincinnati Reds start the season next Thursday, but there are still a few players left to cut from the roster to get down to the required 25.

The Reds almost always carry 12 pitchers, and I don’t think anyone expects 2012 to start off any differently. The only question is, “Who will fill what role?”

Arroyo, Cueto, Latos, and Leake are all locks for the rotation, with the fifth spot coming down to a decision between Bailey, Chapman, and Francis. I’d love to see Chapman make it, but if he doesn’t, the Reds should resist the urge to send him to the bullpen. He needs to start this year, and since it’s his last option year, this is his last chance to learn in the minors. If he makes the rotation, I’d expect both Bailey and Francis to join the bullpen.

As for the real remaining cuts, those will be among the 16 position players. Three have to go.

A lot of the roster is set. The final two spots for positions players will come down to Juan Francisco, Todd Frazier, Willie Harris, Paul Janish and Wilson Valdez. Francisco and Valdez are out of options.

The “out of options” rule says those players will get one last chance, so Francisco and Valdez are in. Paul Janish won’t make it, so it’s really down between Frazier and Harris. I’m hoping Frazier gets the nod.

You could be the next Jeff Piecoro

Myself, I’ll be at the Holy Grail for the blueberry beer, but if you’re into this being on T.V. thing, you can kill two birds with one stone. — Amanda

Attend these pregame events at the Holy Grail in the Banks for a chance to be on FOX Sports Ohio!

CINCINNATI, OHIO – While the Cincinnati Reds prepare for the home opener next week and the 2012 season, FOX Sports Ohio gets ready to bring Reds viewers yet another season of entertaining and interactive Reds game telecasts. Ohio’s leading sports network has once again teamed up with Budweiser for the return of Reds Fan Cams.

Throughout the Reds season, FOX Sports Ohio and Budweiser will be hosting pregame events at the Holy Grail in the Banks. Reds fans will have the chance to be recorded asking baseball questions that will later be answered on-air during Reds Live post-game shows throughout the week. Prizes will also be given away at every event.

The first Reds Fan Cam of the 2012 season will take place on the Reds home opener, Thursday, March 5th from 1pm to 3pm.

See below for the complete Fan Cam schedule:

Posted in Random Ramblings.
Comments Off on You could be the next Jeff Piecoro

It was coming down to the wire, but the Cincinnati Reds finally released the schedule of events and entertainment during their opening week of baseball for the 2012 season. The best events encompass an exhibition game the day before opening day, opening day, opening night, and then opening Sunday. 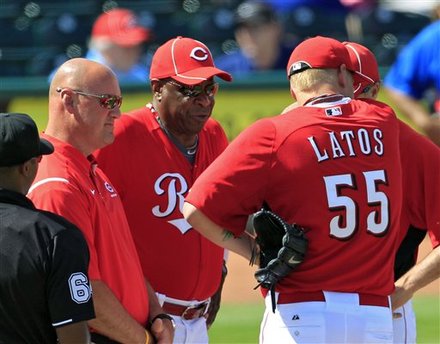 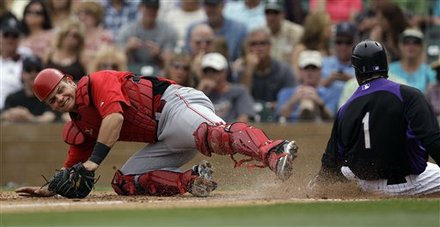 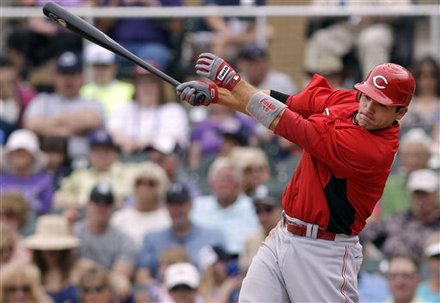