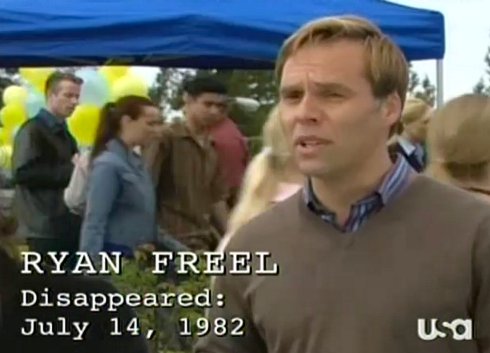 Don't know how many of you tune in for the USA Network's The 4400. The premise of the show is that people who have been disappearing over the last 75 years or so all suddenly reappear one day, with no memory of the intervening time and completely unchanged, except that they each manifest a supernatural power of some sort.

One of the 4400 introduced last night was one Mr. Ryan Freel. They apparently have a Reds' fan for a writer. Either that, or Mr. Freel's wait to make it to the majors was even longer than we once believed. His super power would clearly be the ability to talk to aquatic mammals. Or super speed or something.